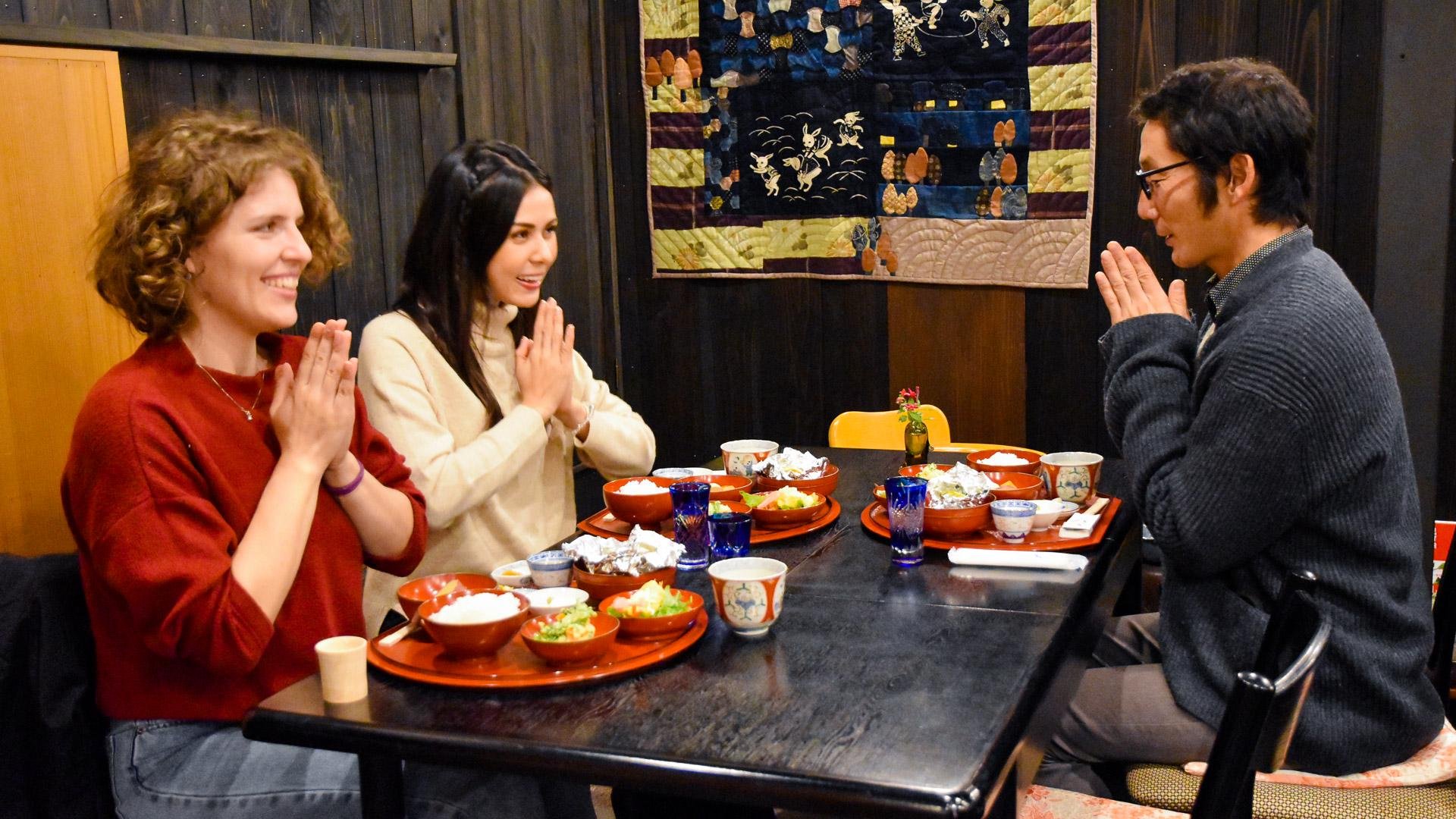 Say This Before You Eat: “Itadakimasu!”

It-err-dark-ee… what? If you’re wondering "what do Japanese say before they eat?", repeat after me: “i-ta-da-ki-ma-su.” For anyone who’s spent time with Japanese friends, watched Japanese TV shows or J-dramas, or tried their hand at learning some Japanese language skills, it’s likely not your first time hearing this important Japanese phrase. What’s the significance of itadakimasu? It’s certainly a big part of Japanese dining etiquette. While “itadakimasu” itself can be a bit of a mouthful, this Japanese phrase is used before eating. Whether you’re a seasoned traveler or it’s your first time touching down in the land of the rising sun, “itadakimasu” is one of the most important Japanese phrases you’ll need when visiting (and eating in) Japan. Keep reading to really find out what itadakimasu means, its history as a key Japanese word, and why Japanese people say it today. 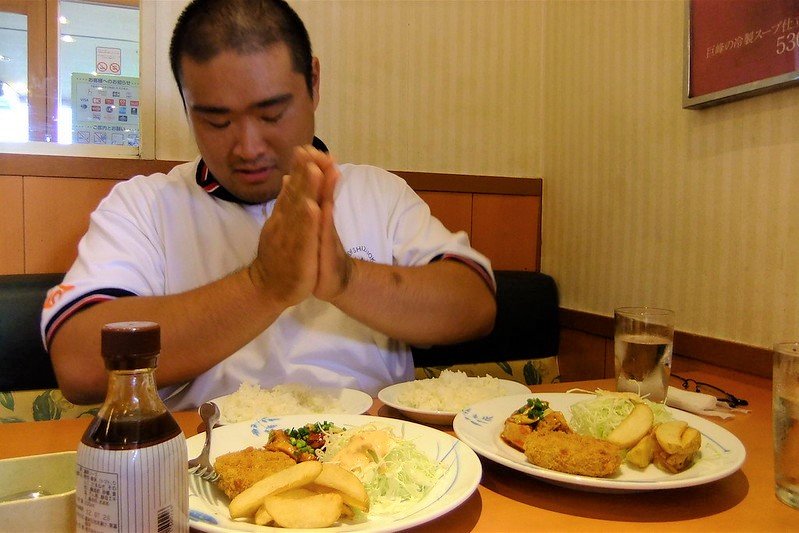 What does itadakimasu mean?

In simple terms, itadakimasu is the phrase in Japanese that’s said at mealtimes, or before you are about to eat something. So, what does ​​itadakimasu mean? There are several meanings related to the written Japanese kanji character of “itadakimasu.”

Often, the translation from the French phrase “bon appetit!” is used to describe the meaning of itadakimasu. While that phrase is like “enjoy the meal” (from the direct translation of “good appetite”) or "let's eat," you’ll actually find itadakimasu meaning “to receive.” The word “itadaku” which “itadakimasu” stems from, is the humble form of the Japanese verb “moraimasu,” which means to receive, to accept, to take, or to get. This comes from the humble form of the polite verb in Japanese, and therefore it directly translates to “I humble receive”.

Itadakimasu is typically written either in kanji or hiragana scripts:

Moreover, the traditional nuance of itadakimasu extends thanks to the person who cooked the meal, to the farmer who grew the ingredients, and even to the various produce used in the meal itself. The custom of saying itadakimasu shows a deep appreciation for the food received. Even little Japanese kids are indoctrinated with the practice of saying “itadakimasu” before they eat, to show their appreciation of food. It’s almost like a thank you to the universe for the meal you are having (more on the origins below).

Also meaning “top of the head,” this phrase relates to the traditional method of showing gratitude which is to raise a gift you’ve received above head height. By the nature of the word in Japanese, you can also use itadakimasu as a phrase to politely accept physical objects from another person. It’s also possible to use it to request others to do things for you.

So it’s a humble, appreciative phrase to say before a meal. It’s a widely used expression in Japan that’s embedded in Japanese culture, playing a key part of daily life. However, it’s much deeper than simply being polite with “thanks for the meal.” It can be seen as similar to the religious practice of saying “grace” before you eat.

The deeper history behind itadakimasu

Itadakimasu has been in the Japanese vocabulary for centuries, however, it’s gained more popularity over the last century. The nuance of “thankfully receiving” or “humbly receiving” spread with the rise of Buddhism during the Asakusa period of Japan (approximately 538 C.E.) It originated as gift-giving culture was becoming increasingly very important at the time. Here the practice of raising your gift above head height to humbly receive it came into play to formally show gratitude as you accepted it. Therefore, the verb continued to evolve from here.

Fast-forward through to the 1800s, it was then that the phrase “itadakimasu” started to be used before meal times as it was included in an etiquette guide of the time. Buddhist monks from the Jodo-shinshu sect took it upon themselves to spread the practice throughout further regions in Japan. 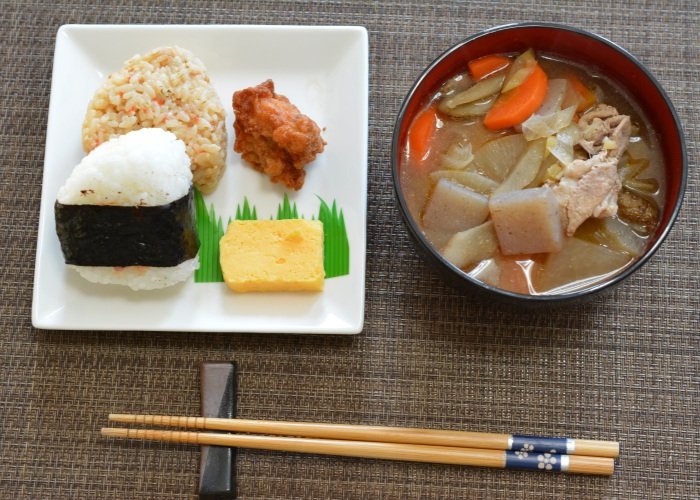 The modern-day usage of itadakimasu finally rose in during the mid-twentieth century. Today, we see that itadakimasu has become a major part of everyday life in Japan. The Showa era (around the end of World War II) brought in the country’s national education system, where itadakimasu was introduced to schools as a standard practice. It’s instilled in schools today. So saying it before mealtimes became a part of the average school routine, and the habit continued to grow further into regular homes.

How to use itadakimasu

It’s easy to use “itadakimasu” before a meal in Japan, plus it’s good table manners. Once your meal is served or you are about to dig in, do the following steps:

*Do a bow as best as you can, it can be only small and that’s OK too. Note that you should be sitting, as generally it’s considered rude to stand and eat anyway (unless you’re at a Japanese festival where you can walk around while eating street food, better known as tabearuki). It’s generally spoken in unison if you’re dining with a group, and no one starts eating before itadakimasu is said.

Do I have to do all the steps?

If the setting is more casual, you can omit step 1 (folding your hands) and sometimes step 3 (bowing). We’d recommend that you subtly assess the situation you’re in first, but when in doubt, tend towards being more polite so as to not offend anyone.

Where can I say itadakimasu?

You can use it it anywhere, anytime there’s food! You can say itadakimasu in restaurants, other people’s homes, or even in your own home. So long as a meal has been cooked and you are able to be thankful for it, go ahead.

When should I say itadakimasu?

Only say it once at the start of the meal. If you are having multiple courses, you don’t need to say it between courses or as a new course arrives. One itadakimasu per meal is sufficient!

Can I only say it when I am dining with others?

No, you can also say itadakimasu aloud when dining alone. It’s nice to use in recognition of the staff at a restaurant, if you’re in one, and the meal they’ve made you.

How do I pronounce it?

Pronounced more like “eat-ah-duck-ee-muss,” noting that the “u” on the end is essentially silent. Practice it a few times slowly until you feel confident saying it more fluently. To hear itadakimasu in action, you can watch our host Shizuka say it in our Japanese food youtube videos! 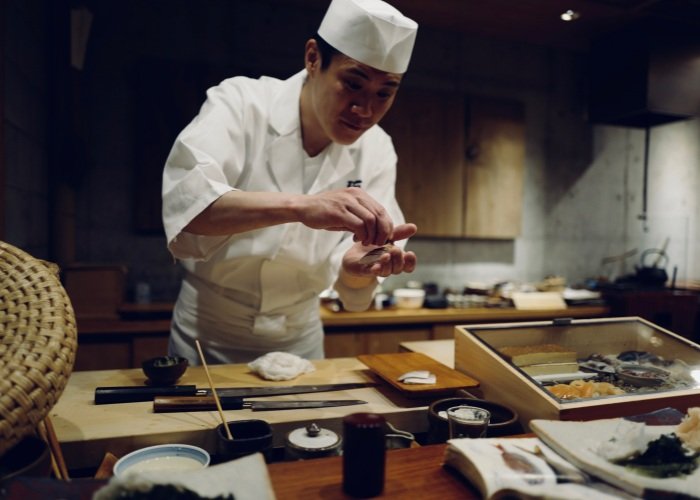 There are a number of useful basic Japanese phrases you’ll find useful when dining out in Japan. Now you know what to say before you eat in Japan, what about afterward? To wrap up your meal, once you’ve finished eating, you can say “gochisosama deshita” (or the casual version simply being “gochisosama” on its own). This is another recognition of thanks for your meal, deeply honoring the work and ingredients that went into creating it for you. 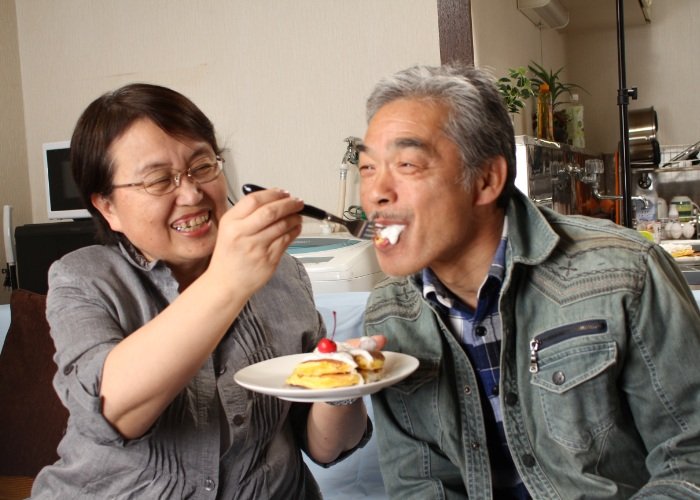 Practically, you’ll find itadakimasu meaning the gateway to food in Japan, while the word itself also harbors other significant aspects. In Japan, it’s common practice to put your hands together, bow, and recite “itadakimasu” before you eat. Commonly it’s misconstrued that itadakimasu simply translates to “thanks for the meal”, but its roots run deeper as a traditional practice that’s deeply built into the culture now for a hundred years or so. Saying itadakimasu can convey your gratitude for the meal on a deeper level. In summary, it’s definitely one you should know when eating any food in Japan!