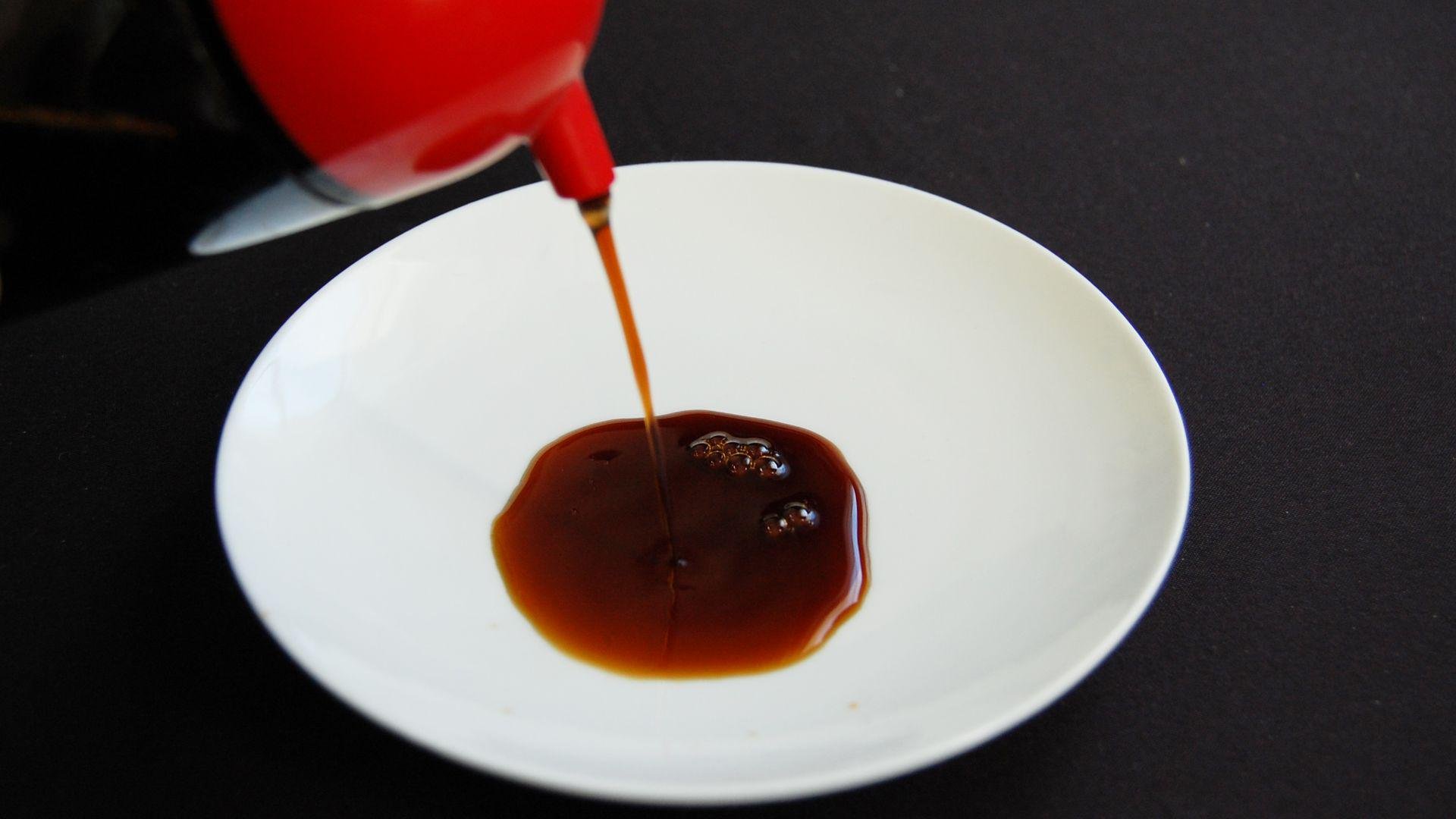 The unmatched flavor of Japanese soy sauce, or shoyu, with its salty, umami-rich goodness is something you have probably had with sushi, ramen, in fried rice, stir-frys, and many other foods. It’s more than just the typical brand you know from your local supermarket’s international section. The world of Japanese soy sauce is fermented with history and flavor! 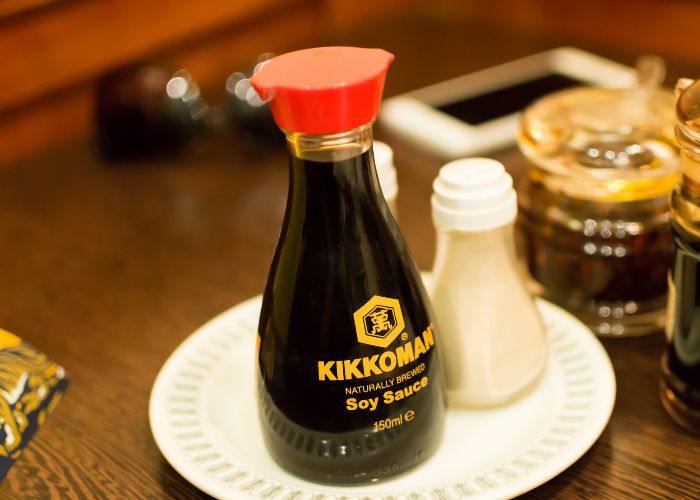 What is Japanese soy sauce?

Depending on the type, Japanese soy sauce is a watery and sometimes thin syrupy sauce made from fermented soybeans and other ingredients. Flowing with umami and saltiness, it ranges from dark brown to light brown. It is one of the five building blocks of washoku, Japanese cooking, as the fourth flavor element in the “Sa Shi Su Se So” group of essential ingredients with the order being Sato (sugar), Shio (salt), Su (vinegar), Se (shoyu), and So (miso). As much as Japanese soy sauce is a condiment, it can also be the star flavor of a dish. It’s quite versatile as a seasoning, ranging from super salty, to mildly sweet. Use it as part of a soup base, or simply as a dipping sauce, on meats, and fish, and even as a replacement for salt in recipes. But what gives soy sauce its distinct taste? It’s all about the brewing process. 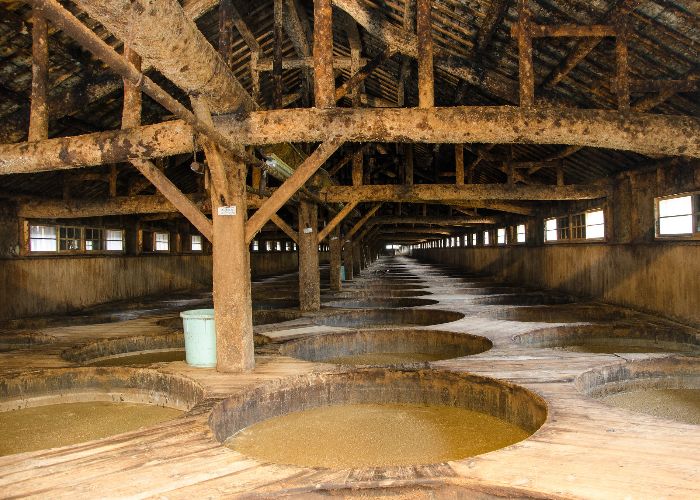 How is soy sauce made?

Fermentation is key when making soy sauce and other staple ingredients used in Japanese cooking. Soy sauce takes a bit of time and effort to make, but it’s worth the wait. Usually, it is made with just a few simple ingredients: soybeans, wheat, salt, water, and koji mold (a fermenting agent). Soybeans are steamed and mixed in with roasted wheat that has been pulverized into a sort of pulp. Then the koji mold is added and everything is mixed together to create the koji mixture which starts to get broken down by the enzymes in the mold. Saltwater is added to this mixture which is called moromi, and is then moved to fermentation tanks where lactic acid and yeast work hard for at least six months while the mixture matures. 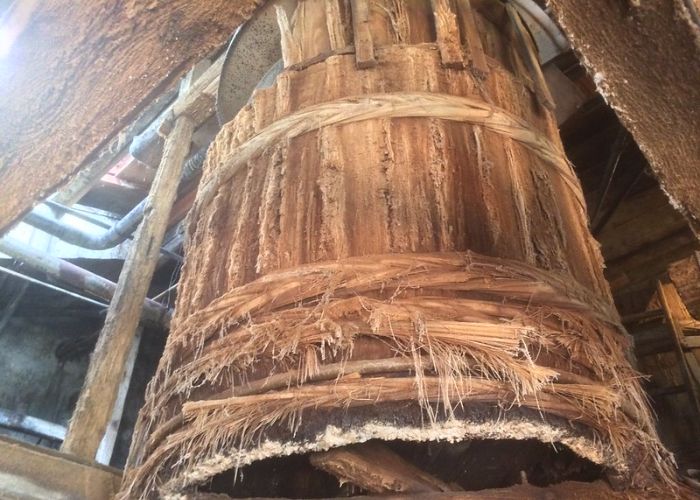 Once matured, the moromi is stacked in layers after being wrapped in cloth. These layers are then pressed to extract and filter a liquid called kiage which is a raw form of soy sauce. After the raw soy sauce is sterilized and refined through heat treatment, it is inspected before being put into bottles, ready to add umami goodness to any dish! If you’re interested in learning more about fermented foods in Japan, you can join an interactive fermented food tour in Maebashi, Gunma and learn all about fermented foods while trying them yourself. It would surely be a delicious, educational adventure.

So what is the difference between Japanese soy sauce and regular soy sauce? While soy sauce originated in China around 500BC, Japan has been able to create its own distinct flavor and history around it. It was introduced to Japan likely by a Buddhist monk studying in China and acting as an envoy for cultural exchange. The original soy sauce from China was a bit more viscous and salty compared to the Japanese soy sauce of today. Japanese soy sauce manufacturers altered the fermentation method, adding more wheat to the mix, which mellowed out the flavor overall. Japanese soy sauce tends to be milder, and even a bit sweeter compared to its Chinese counterpart. Since then, many different types of soy sauce have been developed. 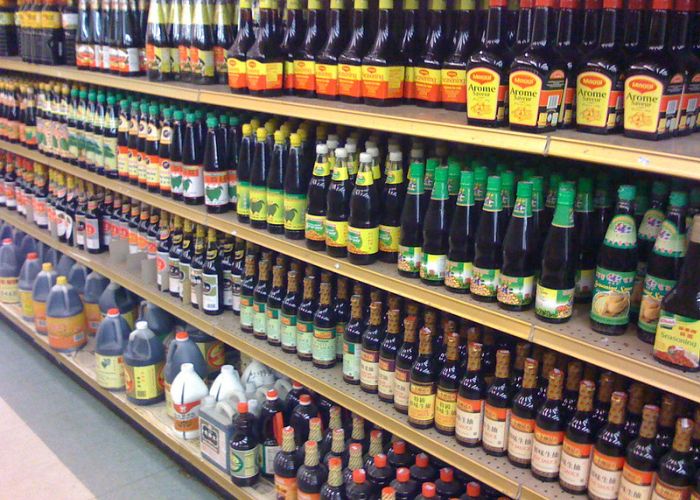 Japanese soy sauce comes in many colors and flavors with basic types used every day to some more interesting flavor combinations. There are even shops that have over 100 different types, but according to Japan Agricultural Standards (JAS), soy sauce is classified into five main types: koikuchi, usukuchi, saishikomi, shiro, and tamari. Each has a distinct flavor and are used differently. Due to the fermentation process, length, and ratio of ingredients, each one offers a unique flavor experience. You really should try different types of soy sauce and see for yourself!

Koikuchi (dark) soy sauce is the standard type of soy sauce used these days and accounts for about 80% of soy sauce production in Japan. With a nice balance of salty and savory, it’s the kind you will usually see at your local sushi restaurant and the one most commonly used in Japanese cooking. If you’re new to soy sauce, this is a good, all-around type to start with.

Usukuchi soy sauce is lighter in color, but it is not a low-sodium option as it contains more salt than koikuchi soy sauce. This type is popular in the Kansai region of Japan and is used in order to not alter the color or flavor of a dish too much. This is more of a cooking soy sauce as opposed to an all-around type.

Saishikomi soy sauce is made the same way as koikuchi soy sauce with equal parts soybeans and wheat, but soy sauce is used in place of salt water. This creates a very flavorful, fragrant sauce that is even sometimes referred to as ‘sweet shoyu’. It is used more for flavoring foods like sashimi and tofu, but not so much in cooking.

Shiro soy sauce is made with a higher ratio of wheat, creating a lighter, more delicate-tasting soy sauce. The flavor is actually quite mild and almost sweet, and it is usually used to flavor soup broth and other dishes where a type like koikuchi might overpower the other flavors.

Of course, soy sauce is a sauce in itself (it’s the name), but it can also be used in other sauces. Mix shoyu soy sauce with sesame oil, lemon, and ginger to create a sauce that works as a great salad dressing or marinade. Shoyu can also be added to ponzu which is a clear, citrusy liquid, to create a light brown ponzu shoyu, which gives a salty, citrusy, kick to any dish. If you’ve ever eaten soba noodles, the dipping sauce is made using soy sauce mixed with dashi broth, and mirin (rice wine). Try to incorporate soy sauce into different sauces you use and come up with your own unique flavor combinations! 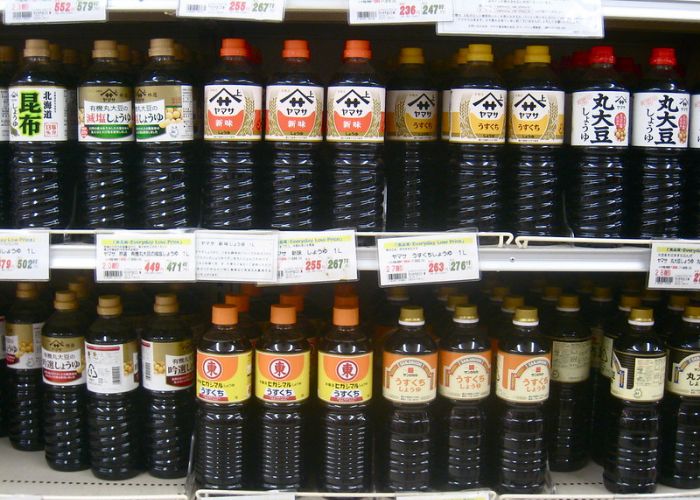 What is the difference between soy sauce and tamari?

Soy sauce is a more general term that can refer to any soy sauce, while shoyu specifically refers to Japanese soy sauce. Tamari is actually a type of soy sauce that most closely resembles Japanese soy sauce in its original form. Unlike other Japanese soy sauces, it is not brewed with wheat, making it a great gluten-free option amongst Japanese soy sauce (though always be sure to check the ingredients label to be sure). When it comes to typical shoyu soy sauce vs tamari, tamari tends to have a richer, deeper flavor due to the lack of wheat used in it which makes it great as a dipping sauce or a marinade. Tamari also has less sodium making the flavor less salty and intense which makes it a great pairing with sashimi. 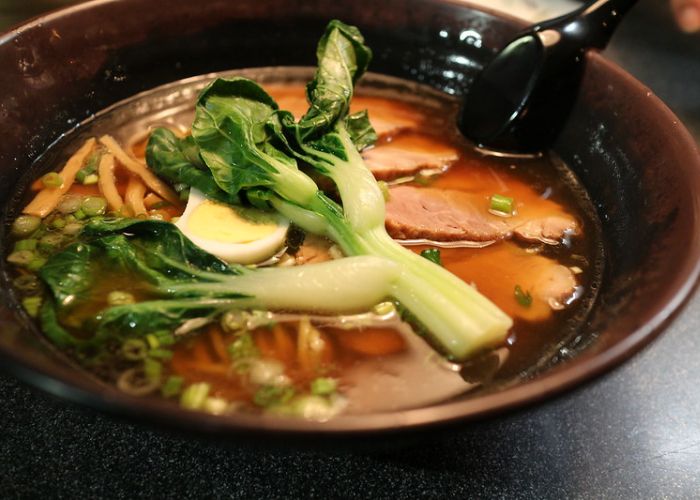 How to use soy sauce

Soy sauce can of course be used in many Japanese dishes, but through the years you can find it used in more western-style dishes as well. Due to its high saltiness, it can even be used as a replacement for salt in a recipe with a savory kick, adding depth and even color to a dish. Add garlic cloves and leek to soy sauce and let sit overnight in the fridge to create a flavor-infused marinade. My personal favorite way to use Japanese soy sauce is with pasta - combine it with butter, onions, and pasta water to make a shoyu butter sauce. It works wonderfully as a dipping sauce for protein-based dishes and in salad dressings or even add it to soup stock. You can use it as a curing agent as well. It is quite a versatile ingredient that is worth experimenting with. 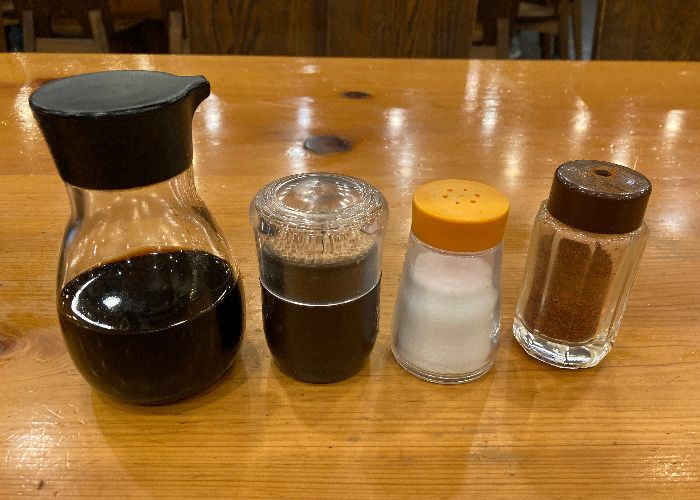 Whether you enjoy it with sushi, as a marinade, or use it as the secret ingredient in your sauces and soup stocks, Japanese soy sauce is a great addition to anyone’s kitchen. Add a bit of salty, umami to your life and give it a try!

Author1 Beam
Lorem Ipsum
SEE ALL POSTS
Stay in the Loop!
We are always discovering the latest foodie trends.Sign up to receive insider tips about the food scene in Japan's most extraordinary areas.