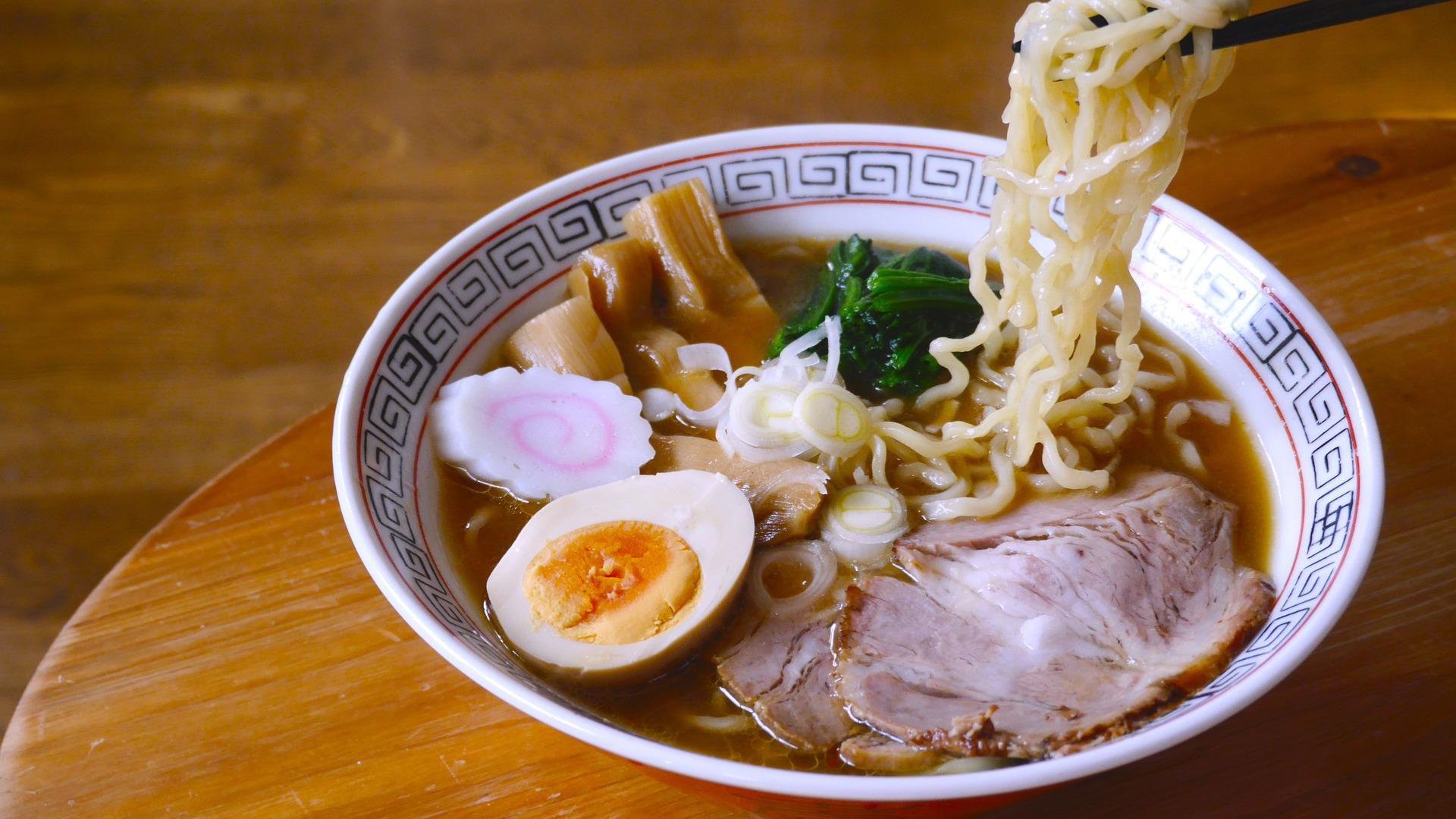 The Ultimate Guide to the Most Delicious Types of Ramen

Ramen is one of Japan’s most popular dishes, both at home and internationally. From cheap and cheerful bowls slurped by salarymen on the way home to creative reinventions in the country’s top restaurants, it's a soul-warming staple feature of the culinary scene here. There’s an amazing variety of types of ramen out there, including many regional specialties that developed as different cities and prefectures put their own unique spin on the meal. There’s no need to feel overwhelmed though, as this article will take you through all of the most delicious styles of ramen on offer! 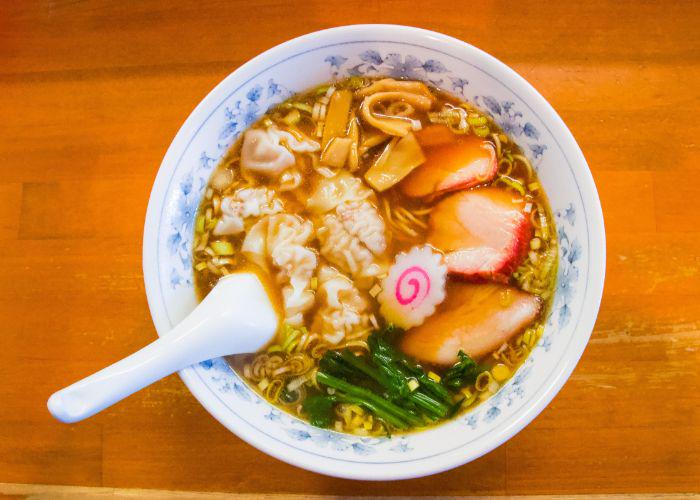 The origins of ramen

Although now considered a Japanese classic, ramen actually originated in China. There are some conflicting accounts of how it traveled to Japan, but the most widely accepted theory is that the dish was introduced in 1859 by Chinese immigrants living in major port towns such as Yokohama.

Ramen quickly became popular among the urban working class thanks to the fact that it was both cheap and filling, and more and more street vendors and restaurants began serving the dish. It’s believed that the first specialist ramen shop, Rairaiken, opened in Tokyo’s Asakusa district in 1910.

The dish truly hit the mainstream with the invention of instant ramen noodles by Momofuku Ando in 1958, which meant people could make the dish themselves with ease. Today there are ramen joints all over Japan, from tiny hole-in-the-wall spots to large family restaurants. You’ll even find whole streets lined with ramen stalls, such as Kyoto’s Ichijoji Ramen Street. It’s also a common inclusion on the menu of more general types of eateries, whether at vegan cafes in Kobe or Michelin-starred restaurants in Tokyo. 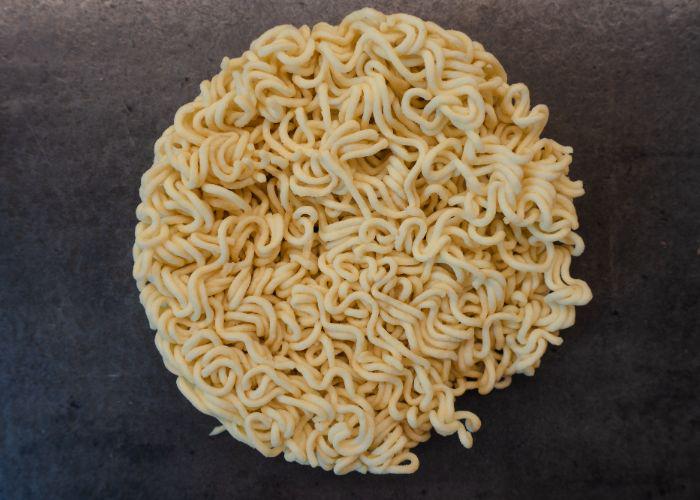 Ramen is a type of noodle soup with three key elements: broth, noodles, and toppings. The steaming broth can be created using a range of different bases, which we’ll go into more detail about below. Meanwhile, the noodles are made from wheat, and there are many different types of ramen noodles that vary in thickness, texture, and shape. When it comes to toppings, this is one of the ways in which the numerous kinds of ramen distinguish themselves. Bowls can be topped with anything from meat and fish to egg, vegetables, and seaweed, with some ingredients unique to specific regions. 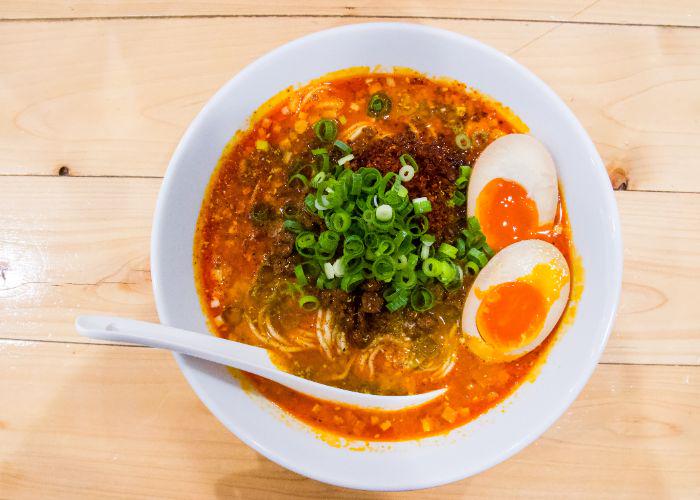 Here are 15 of the most popular different types of ramen in Japan. Which do you want to try first?

The main styles of ramen

The most common kinds of ramen are categorized according to the main flavor or ingredient of their broth:

Shoyu is Japanese for soy sauce, and shoyu ramen uses this as the base for its soup alongside other ingredients such as chicken broth. This is the most widespread of all the types of ramen, with a clear brown broth and a huge variety of potential toppings. 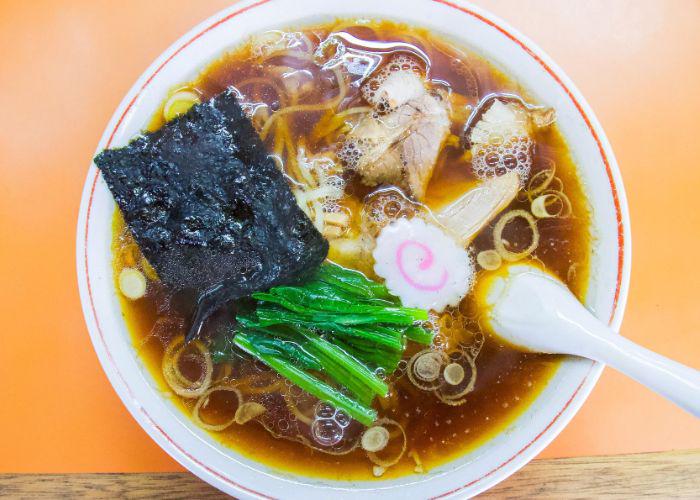 Taking its name for the Japanese word for salt, shio ramen is typically made with a chicken broth base that’s flavored with sea salt. The result is a clear, lighter-bodied soup with a tangy taste and thinner texture. 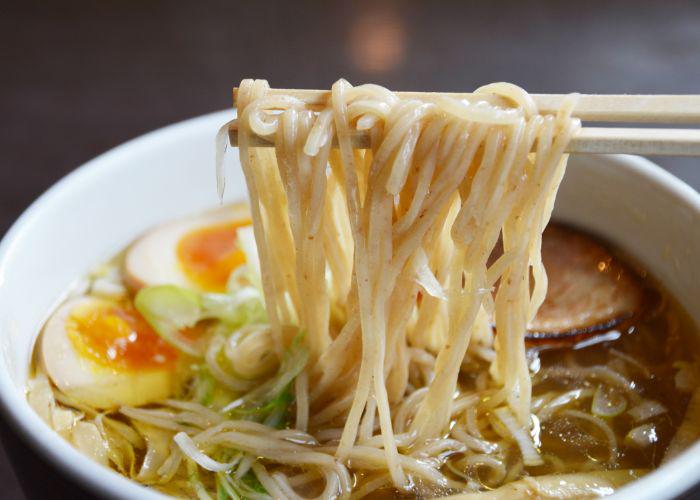 Miso ramen is made using different kinds of fermented soybean paste to flavor the broth, which gives it a rich umami taste, darker color, and thicker texture. The style originated in Hokkaido, but is now popular across all of Japan. 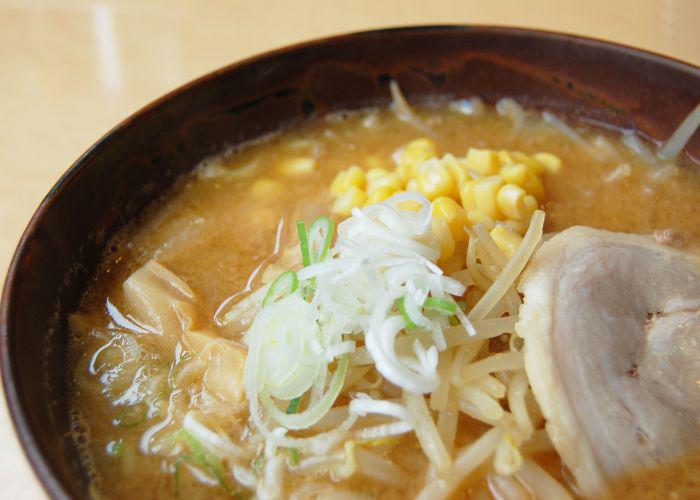 This is a very rich, thick kind of ramen made using simmered pork bones that dissolve to create a creamy white broth. It's a hearty dish that originated on the island of Kyushu, and can now be found all over the country. 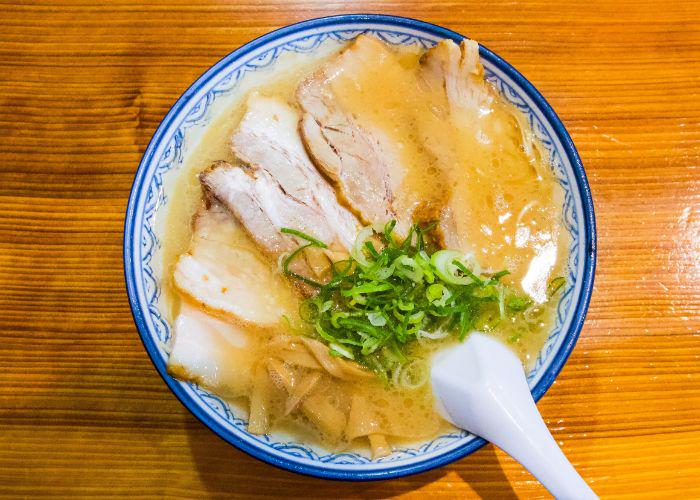 Tsukemen is one of the more unique kinds of ramen, in which thick, chewy noodles are chilled and served separately alongside a bowl of rich and creamy broth. You then dip the noodles into the soup to soak up the flavor before tucking in. 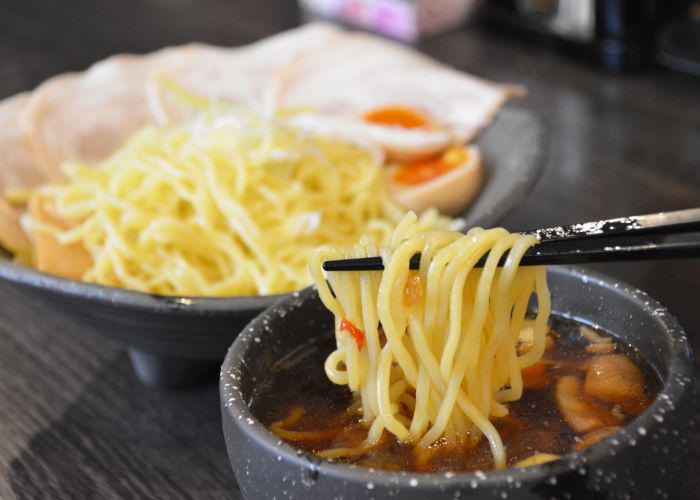 A relatively new style, kare ramen consists of thick and curly noodles served in a curry-flavored broth. Japanese curry is usually rich, creamy, dark brown in color, and not overly spicy in taste, making this a perfect comfort meal. 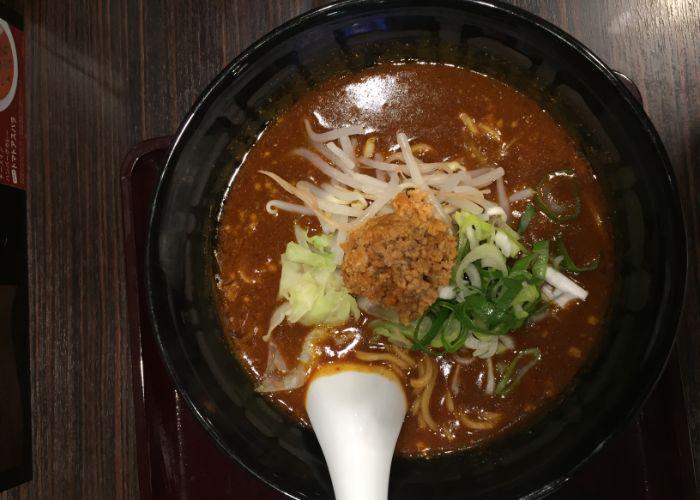 Instant ramen – also known as cup ramen – is a quick and easy food option beloved all around the world. It consists of characteristic thin and curly noodles, which can be cooked by simply adding boiling water and seasoning. Although often thought of as a meal for broke students and those who can’t cook, you can actually use them to make a delicious and wholesome dish. So, what to add to make ramen better? Try upgrading the broth with extra seasoning, pop in an egg for a different texture, or throw in some fresh vegetables and tofu for a more filling meal. If you’re looking for a way to order instant ramen from Japanese producers, we can help you out! Buy instant ramen and enjoy it anywhere in the world! 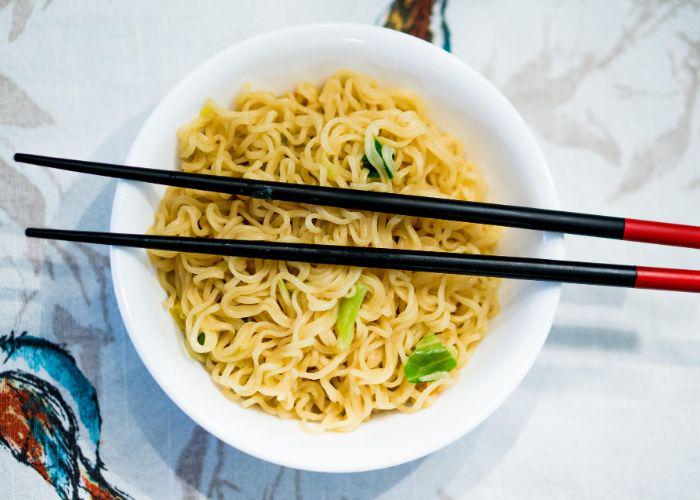 There are countless regional styles of ramen to explore, with different areas having unique takes on the dish in terms of the types of ramen noodles they use, toppings they feature, or ingredients in the broth. Here are just some of the most popular varieties you can try:

This kind of ramen hails from Asahikawa in Hokkaido, and is made using thick, wavy noodles and a rich, oily soy sauce broth. It’s a hearty dish often topped with slices of chashu pork, that’s perfect for warming up in the cold weather. 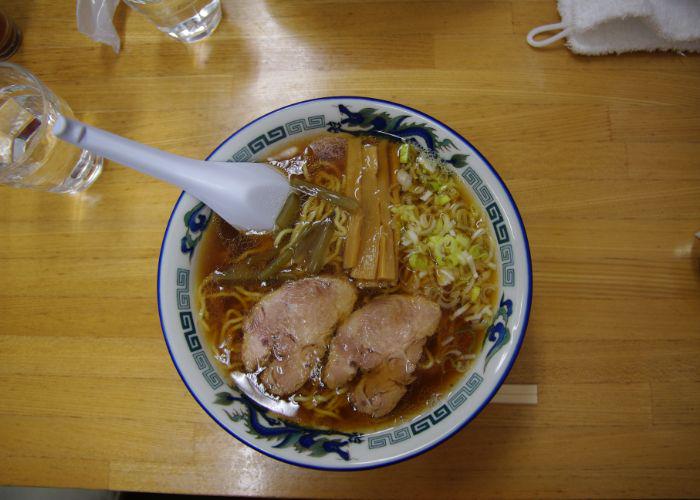 Sapporo’s take on ramen features a rich miso base with added pork bone broth and medium-thick crinkled noodles. The dish is usually topped with local Hokkaido specialties such as bright yellow corn and a pat of melting butter, and there are plenty of amazing ramen restaurants in Sapporo where you can sample a bowl! 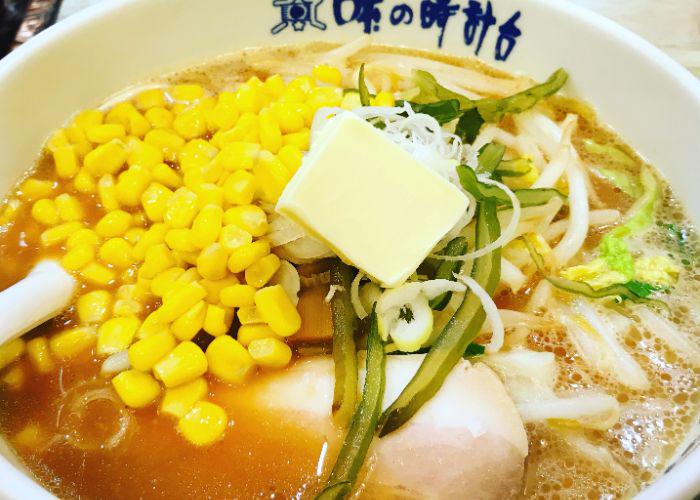 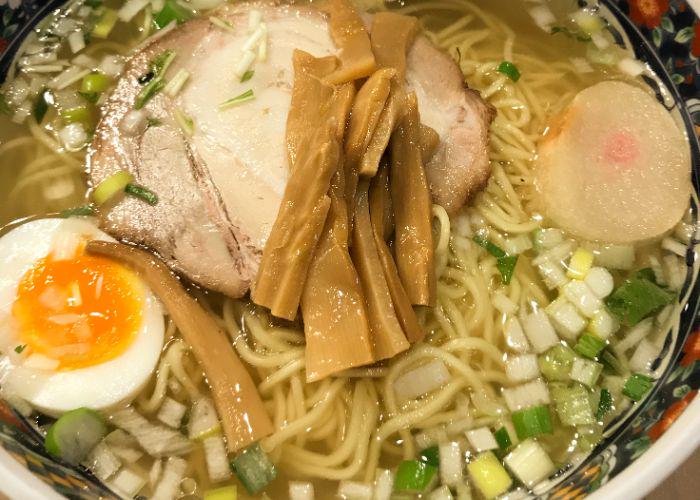 Originating in a city in Fukushima prefecture, Kitakata ramen is made using deliciously chewy noodles which are extra thick, firm, and wavy. The broth is soy sauce-based and often infused with niboshi sardines for extra flavor. 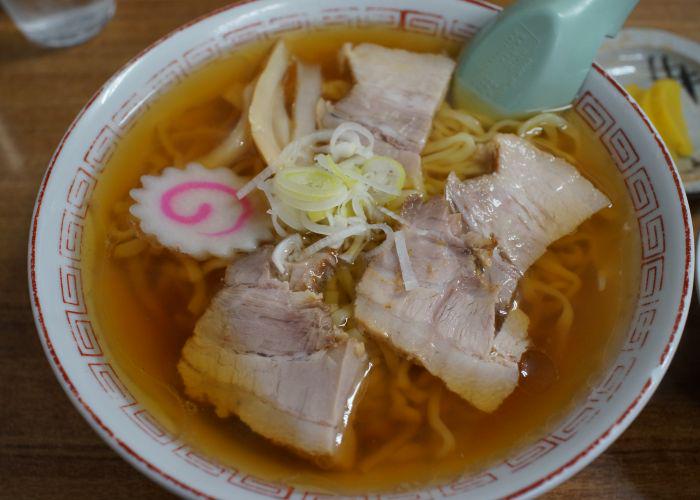 Japan’s capital has a wealth of first-rate ramen shops and is also home to one of the oldest and most common kinds of ramen in Japan. It has medium-thick wavy noodles served in a dark brown broth made with soy sauce and dashi fish stock, finished off with a multitude of different toppings. 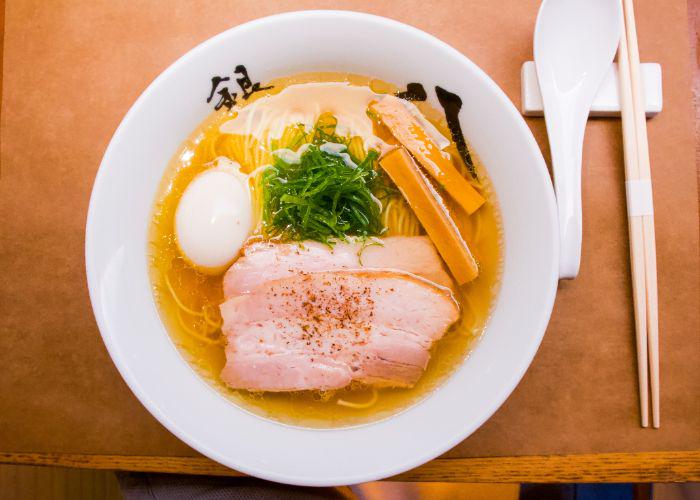 Home to its very own ramen museum, it’s no surprise that Yokohama also has its own version of the dish. Made with a hybrid shoyu-tonkotsu base, it uses thick straight noodles and is often topped with boiled spinach for a splash of dark green. 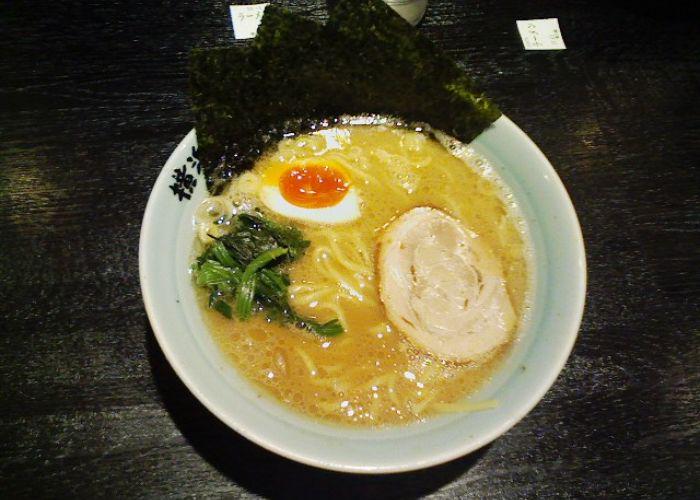 Hakata ramen hails from Fukuoka in Kyushu, and is one of the most popular regional types of ramen. It’s an especially rich and creamy variety of tonkotsu ramen, with thin noodles and a select few toppings such as chashu pork and green negi spring onions.

Located at the southern tip of Kyushu, Kagoshima has a style of ramen that uses a light and mild soup made from chicken stock, pork bone broth and dried sardines. It’s usually served with thick noodles and slices of pickled daikon radish. 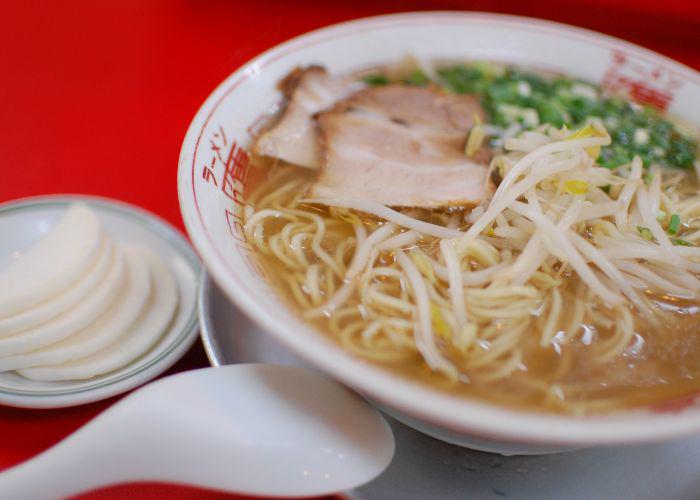 As you can see, there are all sorts of mouth-watering kinds of ramen out there, and we’ve only just scratched the surface. That’s why it’s almost impossible to answer the question of what is the most popular type of ramen. So be sure to try as many varieties as you can and see which tickle your tastebuds – if you’re heading to Tokyo, be sure to check out our guide to the best ramen in Tokyo to help you on this mission!