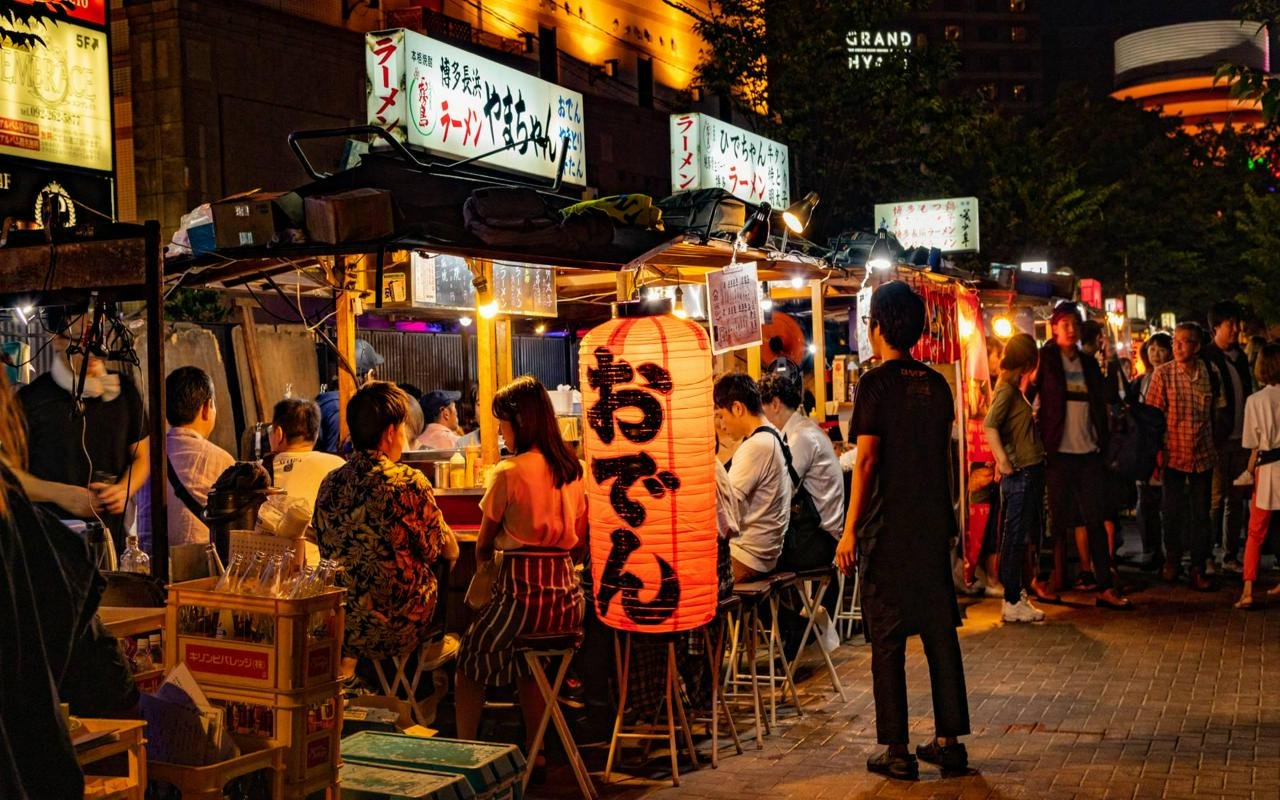 What are Yatai Street Food Stalls?

Yatai street food stalls come alive after sunset across Fukuoka and are typically in service from 6 pm to 2 am. The yatai food stalls are only closed one day a week, but which day depends on the stall as each is different, meaning that there’s always an opportunity to visit no matter what day of the week! This makes it perfect for dinner, or an after-drink snack stop to soak up the alcohol before heading home. There are no private tables and the small stalls can sit no more than ten at a time, if that! This leads you to sit shoulder-to-shoulder with strangers, creating one of the most authentic, no-frills eating experiences you can partake in while visiting Fukuoka and immersing yourself in Fukuoka food culture.

Mobile food stands have been around for many centuries, but the yatai, which are small, mobile food stalls in Japan, became the most popular and widespread in the Meiji period in the mid-1800s. They started out as two-wheeled pushcarts made of wood, however, after the Second World War ended, Japanese authorities tightened up regulations for the 1964 Tokyo Olympics, having health concerns. Due to this, the carts became more like small wooden stalls and could be found lining the streets post-sunset serving Fukuoka street food. The increase in workers migrating from the countryside to the cities resulted in an increase in demand for yatai. They originally served gyoza but as their popularity grew, the yatai pushcarts transformed into small storefronts and began selling other foods such as Fukuoka ramen and yakitori.

What Do Yatai Sell?

The yatai generally sell a variety of food, particularly traditional Fukuoka food (check out our guide, What to Eat in Fukuoka, which includes the regional specialities on offer). Yakitori (meat skewers), Hakata ramen which features thin noodles in a creamy tonkotsu (pork bone broth) soup with slices of chashu, gyoza, oden (Japanese hot pot), and alcoholic drinks are also available. Be warned these yatai food stalls are not very vegetarian-friendly, so bear that in mind if you don’t eat meat. The portions can be on the slightly small side for the price in comparison to other street food stalls you may have visited in the past. Eating at these stalls makes for a memorable experience, but be aware that the price for food can end up being more expensive than many restaurants. Be particularly cautious of the yatai that don’t have menus as you might end up with a hefty bill. However, try not to let that put you off as it’s a great way to mix with some locals and participate in a part of Fukuoka culture, which would be a shame to miss out on.

Where Can Yatai Street Food Stalls Be Found?

The Tenjin area is known to have more specialty stalls with one (Fukuchan-tei) even serving the poisonous fugu (pufferfish). This area is one of the most popular with tourists, most yatai food stalls here offer English and other language menus.

Meandering along the Nakasu Island River is one of the most vibrant areas for Fukuoka food stalls as it has the biggest cluster that is always full of bustling people. As this area has the highest number of yatai stalls. They’re also popular with tourists and visitors and in many of the stalls, they will also have English menus available.

The Nagahama area is known within Fukuoka as having the largest commercial fish market in Fukuoka, and for having some of the best Hakata ramen yatai stalls, after all, Fukuoka is where it was invented. 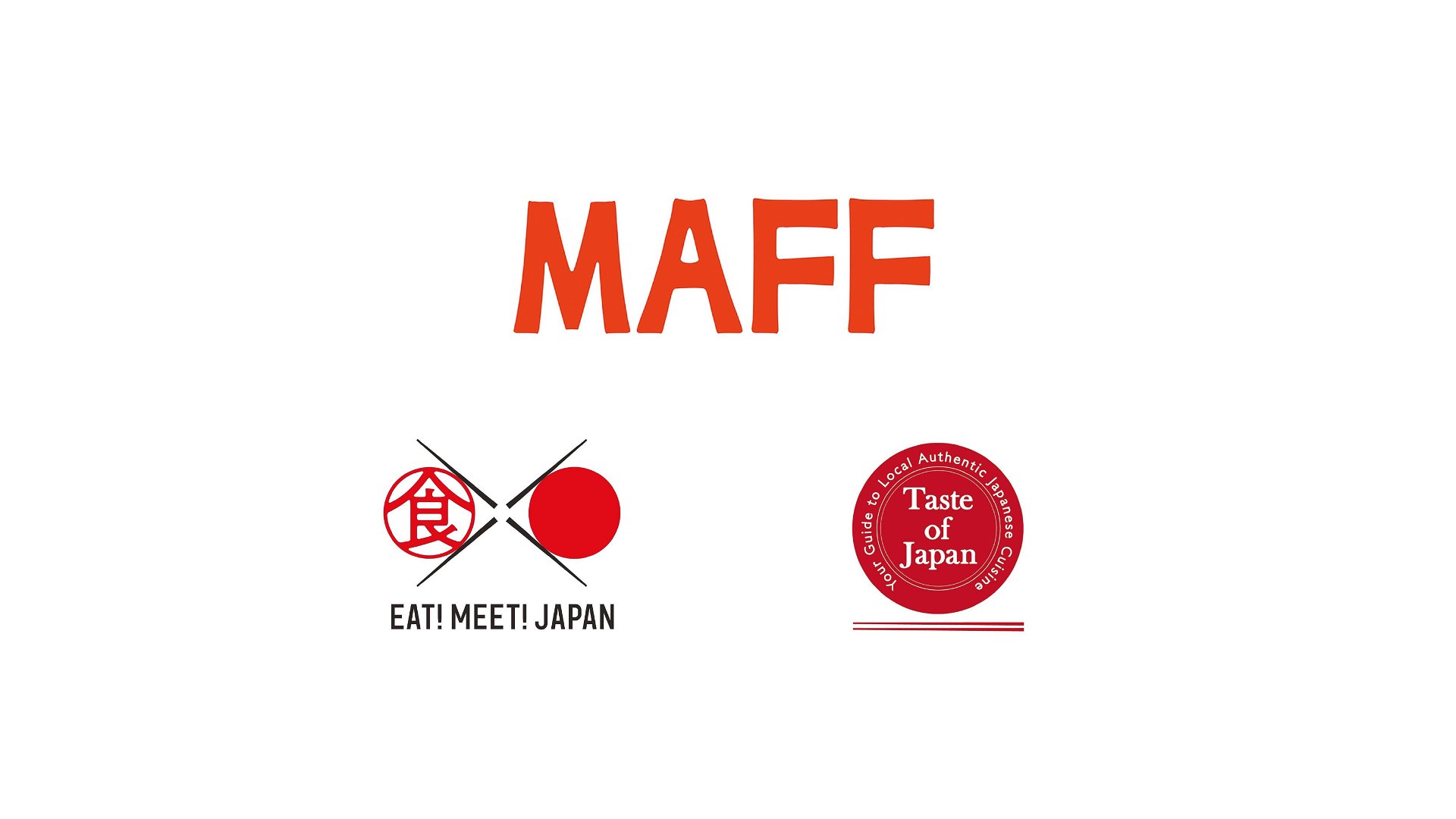 The Watanabe-Dori area covers a large street between BiVi Fukuoka and Daimaru Fukuoka Tenjin Store. It is a relatively new and up-and-coming area for the food stalls. There have been a number of new openings and even some existing popular stalls have moved over to this area.

This yatai is in the Tenjin area and is named after its owner, Mami Chan. It’s a food stall that’s renowned for being foreigner friendly which is perfect for your first yatai experience if you’re finding the language barrier a bit of an issue. This food stall also has an English menu and serves some of the best food going. Mamichan’s roast pork ramen and mabo tofu come highly recommended.

Chez Rémy is another yatai in the Tenjin area, but it doesn’t sell the usual ramen or yakitori, instead, this stall specializes in French cuisine and is very popular among the locals living in the area. Notable items on the menu are escargot (snails), fresh fish, and hot mulled wine. This is a very popular joint, so expect to wait at least 45 minutes to be seated, even with the quick turnover. Remy, the owner, and the chef can speak French and English, so this is another stall that tourists can visit without worrying about communicating.

Genkai is the second oldest yatai in Fukuoka, having been around for over 70 years! The recommended dish is fresh seafood tempura that’s caught by local fishermen in the Genkai-nada Sea, northwest of Fukuoka. There are multilingual menus available here, too.

Nagahama Yamachan is known for having some of the best Hakata tonkotsu ramen going. The broth is light yet creamy, whilst letting just the right amount of richness from the pork to come through. On the tables, you will find pots of bright pink pickled ginger, pepper, and sesame which you can add to your ramen.

Birim Yamanlar
She is currently working in Tokyo after completing her Master’s degree in Niigata prefecture. She is Turkish who most of the time misses their local food but finds comfort in home-cooked Japanese dishes.
SEE ALL POSTS
Stay in the Loop!
We are always discovering the latest foodie trends.Sign up to receive insider tips about the food scene in Japan's most extraordinary areas.