Whether you have celiac disease, a mild gluten intolerance, or health-related reasons for deciding to go gluten-free, this list of gluten-free restaurants in Tokyo proves that you don't have to miss out on Japanese food just because you don't eat wheat products. In Japan, where the cuisine relies heavily on rice rather than wheat, there are a lot of naturally gluten-free Japanese foods like senbei (rice crackers), mochi (rice cakes) and many other types of wagashi (Japanese traditional sweets). You can find out about the different types of mochi in The Beginner's Guide to Mochi or check out our article about Wagashi Shops in Tokyo for some recommended places to buy wagashi.

But admittedly, compared to Western cultures, East Asian countries like Japan are less familiar with gluten, and Japanese people are genetically less predisposed to having celiac disease. It’s only recently that the gluten-free diet came to light in Japan. Still, there are many gluten-free restaurants in Tokyo popping up to accommodate those who can't tolerate wheat products.

Japanese Food with Gluten to Avoid

Of course, rice is a gluten-free Japanese staple, but that doesn't mean that all sushi is safe. Consider bringing your own gluten-free soy sauce to Japan. Soy sauce is the enemy of those trying to eat gluten-free in Tokyo, as it contains wheat, and many Japanese dishes contain soy sauce in some form, like in broth, dipping sauces, or as seasoning.

Soba (Japanese buckwheat noodles) is another dish that might be misleading. Buckwheat is naturally gluten-free, but unless the soba noodles are made with 100% buckwheat flour, it is likely they will contain gluten. Also avoid ordering ramen, okonomiyaki, tempura, takoyaki, anything dredged with panko (Japanese breadcrumbs).

There are still a lot of gluten-free Japanese foods you can enjoy without having to worry. A few examples are onigiri rice balls (stick with the plain or umeboshi sour plum onigiri as other types may contain soy sauce), sashimi and sushi (skip the soy sauce; also avoid unagi, eel which is seasoned with soy sauce), mochi, yakitori grilled skewers (choose the salt-flavored yakitori, as some skewers are brushed with soy sauce), tofu, and sweet potatoes. A good noodle substitute for wheat noodles is shirataki noodles, which are made of konjac.

Gluten-Free T's Kitchen is the jackpot of gluten-free restaurants in Tokyo. They are 100% gluten-free and also offer dishes that accommodate other food restrictions, serving up ramen, pasta, gyoza, pancakes, homemade kombucha, you name it! Their illustrated menu has both Japanese and English, offering a variety of Japanese dishes, Western dishes, and even vegan dishes. They clearly mark which dishes are nut-free, dairy-free, egg-free, soy-free, gluten-free, and vegan. You can choose from two types of gluten-free ramen (one of which is vegan) or even indulge in vegan and gluten-free macaroni and cheese. In case you were wondering, they also have a dessert menu (all gluten-free) featuring chocolate brownies, cherry blossom cake with green tea ice cream, pancakes, and French toast. Gluten-Free T's Kitchen also offers a variety of raw cold-pressed juices, natural wines, and Japanese sake. 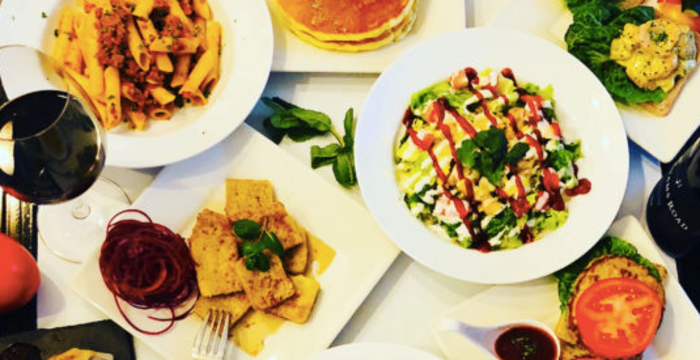 If you’re into okonomiyaki, Saotome-Ke, located nearby Monzen-Nakacho Station, is the gluten-free restaurant in Tokyo for you. The word cozy perfectly describes this little restaurant, where you'll feel right at home. It really does feel more like someone's dining room than a restaurant. There are some nice personal touches as well, such as their tableware and dishes which were designed by the owner-chef couple.

The typical okonomiyaki (savory Japanese cabbage pancake) is made with wheat flour, but at Saotome-Ke, the okonomiyaki is made with rice flour and homemade dashi (soup stock). Enjoy their seafood and pork okonomiyaki along with a nice draft beer, or pair your choice of okonomiyaki with one of the restaurant’s organic wines, which are also delicious.

Revive Kitchen Three Aoyama is a modern restaurant which offers trendy Western-style Japanese fare. Open for breakfast, lunch, and dinner, they also have an extensive cold-pressed juice menu with drinks in all colors of the rainbow. While the Revive Kitchen Three is not an entirely gluten-free restaurant, most dishes are either gluten-free or vegan (or both). Gluten-free lunch sets include the avocado toast, pancake set, and noodle set of the day. They offer light and balanced lunch plates filled with whole grains and a variety of colorful veggies that won't leave you feeling sluggish after your meal. Their dinner menu includes dishes like green risotto and cashew nut curry.

The next stop on this list of gluten-free restaurants in Tokyo is Soranoiro Nippon where, although their menu is not 100% vegan, they do have gluten-free ramen in addition to vegan and vegetarian options. Order the vegan veggie soba and ask for brown rice noodles, which are always cooked separately from the wheat-based noodles. Soranoiro Nippon was even recommended by 2015 Michelin Guide Tokyo, so you know it's good. As of 2019, they have 6 stores, including one shop in Tokyo Station along Tokyo Ramen Street that we covered in Tokyo Ramen Street: 8 of the Best Ramen Restaurants in Tokyo. They have 5 stores in Tokyo: the Nishikicho Main Store (which was on the Tokyo Michelin Guide for 3 consecutive years), Tokyo Station, and Kyobashi. They also have a location in Nagoya. 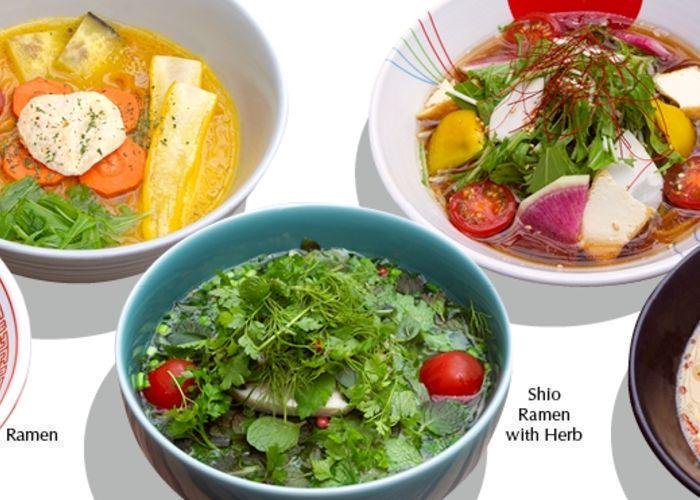 If you’re into sweets and want to try Harajuku-style crepes, head to Japan Crepe. All the crepes served here are gluten-free (made with 100% Japanese rice flour). Their crepes are filled with juicy fruits and various fillings, all of which are healthy and wholesome. You can even go in the savory direction, if you wish. Not in the mood for crepes? Japan Crepe also serves gluten-free dorayaki (red bean-filled pancakes).

Another restaurant which serves gluten-free ramen is Afuri in Ebisu. Upon entering, you’ll be greeted by a vending machine where you can select and pay for a ramen dish. The ramen shop serves ramen that is light but flavorful, with options for vegans, vegetarians, and people who are gluten-free in Tokyo. Their menu is not 100% gluten-free, so you'll have to ask for the shirataki noodles, made of konjac, and let the staff know that you are gluten-free to ensure that the broth does not contain soy sauce. They also serve spicy ramen dishes during summer and other seasonal ramen dishes to suit your taste. 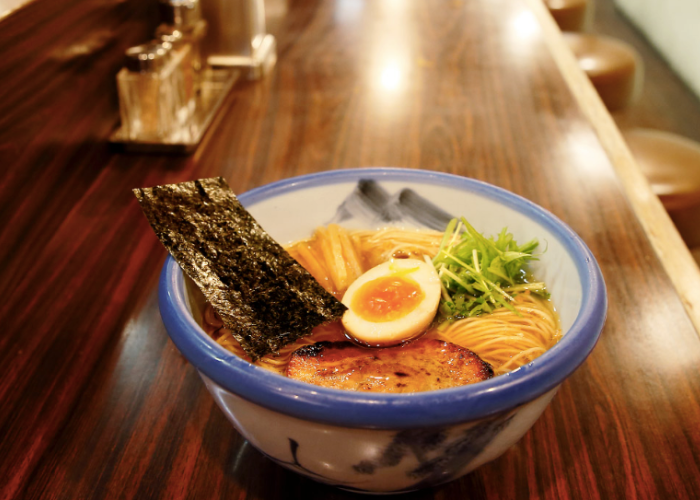