The usual dishes that come to mind when one thinks of Japanese food are sushi, ramen, yakitori, and tempura. But have you ever heard of yoshoku? Literally translating to "Western food," yoshoku is a Western-style cuisine adapted to appeal to the Japanese palate. Yoshoku, or Western-style cuisine, can be found all over Japan, most especially in Tokyo, the center of commercial activity in Japan, and the port city of Yokohama. Many Japanese children, when asked about their favorite food, typically say it’s omuraisu (omelet stuffed with ketchup-flavored fried rice), kare-raisu (Japanese curry rice), spaghetti napolitan (a ketchup-based spaghetti dish), and hambagu (hamburger). But it’s not only the youngsters who enjoy these delicious Japanese takes on Western dishes; adults find yoshoku cuisine delicious as well. Yoshoku is comfort food that feeds the soul after a long day at work or at school.

Japanese people first encountered Western cuisine during the 16th century when the country began its trade in Spain and Portugal. Because the consumption of meat was forbidden in Japan, and Western cuisine focused on preparing and serving meat dishes, yoshoku did not become popular in Japan until much later. It was not until the Meiji Restoration, when Japan opened its ports to America and Europe, that the ban on the consumption of meat was lifted and the Japanese began to explore Western cuisines.

Western-style food is often served in fami-resu (family restaurants), where Japanese families can enjoy their spaghetti and hamburg dishes. If you don’t have time to go to a restaurant, you can purchase yoshoku meals pre-packaged and ready-to-eat from the many chains of convenience stores and supermarkets around Tokyo.

Whether you’ve eaten it in a restaurant or purchased in a convenience store, yoshoku will always be a staple of the Japanese diet. Here are some of Japan's most popular yoshoku dishes.

Definitely a favorite among kids, omurice or omuraisu is an omelet stuffed with ketchup-flavored fried rice. It is actually one of the staple dishes served in yoshoku-ya (yoshoku restaurants). Omurice is prepared by stir-frying rice with ingredients such as chicken, onions, and other vegetables, and then seasoning it with ketchup. Finally, the ketchup-seasoned rice is wrapped in a thin layer of omelet and decorated with even more ketchup. The original version of omurice simply consisted of a thin omelet on top of plain rice, but it evolved over time. Nobody really knows where it originated, but most people claim it was at Renga-Tei in Ginza during the 1900s. 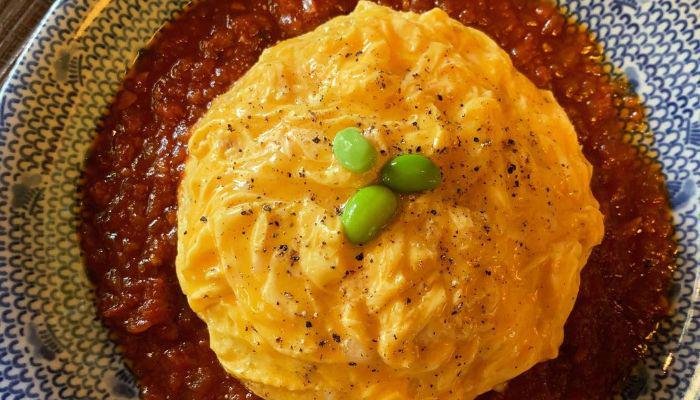 A delicious yoshoku dish that originated in the port city of Yokohama, doria is very much like the French gratin, made with béchamel sauce, cheese, and rice (rather than potato). It was first introduced in Japan by Swiss chef Saly Weil, who was working at the Hotel New Grand in Yokohama during the 1930s. A sick customer asked if the chef could make something soothing for their throat, and so the Japanese doria came to be. It is usually made with shrimp cooked in cream sauce with a gratin sauce, topped over rice, and baked in the oven with a generous serving of cheese on top, though there are many different and creative versions of this classic yoshoku dish in Japan. The name doria came from Andrea Doria, a 15th-century military commander. 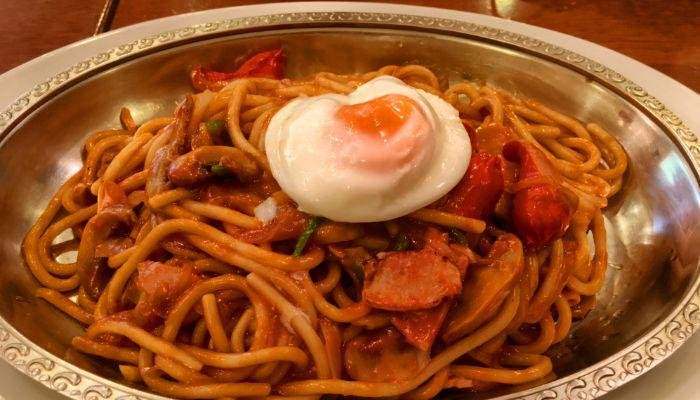 Not to be confused with hambāga (the Japanese pronunciation of "hamburger"), hambāgu refers to the Japanese "Hamburg steak." While hamburgers are typically served sandwiched in between burger buns, the Japanese hamburg, a yoshoku dish loved by both locals and foreigners, is not. The Japanese hamburg was inspired by the Salisbury steak, but it was not until the 1960s that the dish became integrated into the Japanese diet. Hamburg is made with minced meat (either pure beef or a combination of beef and pork) that is mixed and kneaded with sautéed onions and breadcrumbs. The egg is used to bind the ingredients together, and then it's grilled to perfection. Hamburg is usually served with demi-glace sauce.

An indulgent fried food, croquette or korokke is comfort food to many people. It is deep-fried, greasy, and delicious. Though its origins in Japanese cuisine remain a mystery, korokke is made with mashed boiled potatoes, mixed with other ingredients such as onions and minced meat. It is then formed into a ball, coated in flour, egg yolk, and breadcrumbs, bathed in hot oil and deep-fried. It is a readily available Western-style food in Japan and can be bought at convenience stores and supermarkets as well as little street stalls and shops like these best korokke shops in Tokyo. 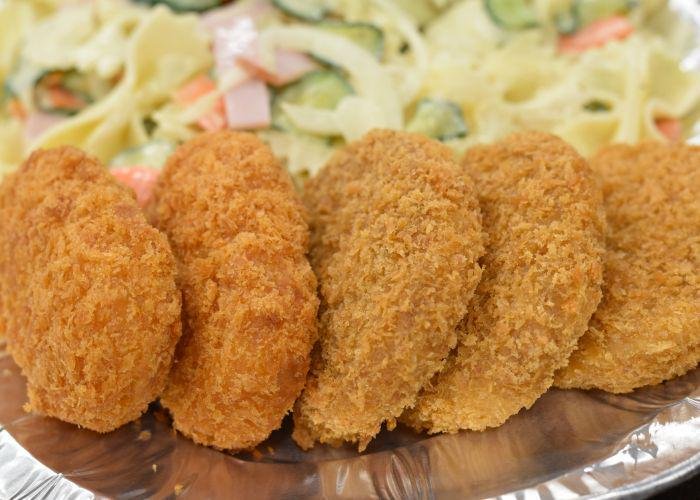 Probably one of the most popular meals in Japan, Japanese curry is readily available in many restaurants, convenience stores, and in the comfort of your home! It was first introduced to Japan by the British, so it is considered to be a yoshoku (Western-inspired) dish, despite the dish's origins in India. Japanese curry takes many different forms, such as curry rice or kare raisu, curry udon, and kare pan or curry bread. Japanese curry is made with simple yet flavorful ingredients which include cubed potatoes, carrots, onions, and your choice of meat (usually pork or beef).  The magic of Japanese curry is in the curry roux, which makes curry that is thicker and sweeter than the Indian version. 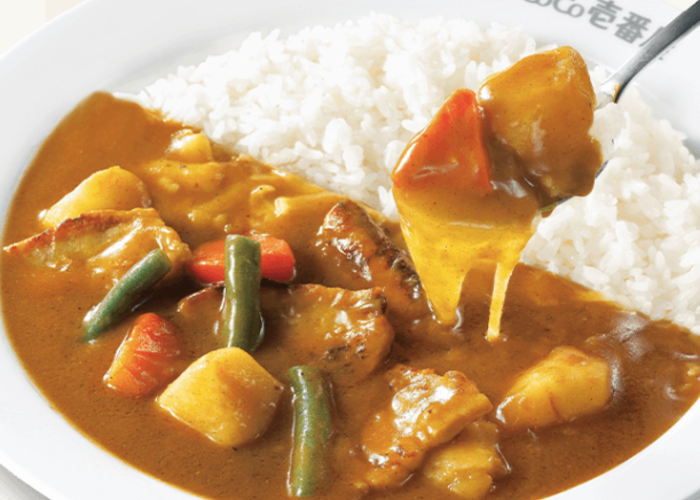 We strive to be as accurate as possible and keep up with the changing landscape of Japan’s food and travel industries. If you spot any inaccuracies, please send a report.
0
Click clap if you like this post
Catherine Flores
She’s cooking and baking for her family and friends. She finds grocery shopping therapeutic, always takes the longest time in the Asian section and debates with herself whether she needs that extra pack of instant ramen. A lover of sweets, she dreams of owning a patisserie and publishing her book but most of the time, she’s just really thinking of what to eat for breakfast the next day.
SEE ALL POSTS
You may also be interested in
Where to Eat