While cheesecakes have been around since the times of ancient Greece, many other countries also have their own version of this heavenly treat. You can find cheesecake and cheese tart shops all over Tokyo selling this decadent dessert, and not just in restaurants, but also in convenience stores and even street food stalls. Japan offers a variety of cheesecake styles: baked or no-bake, with that familiar biscuit-crumb base or a flaky crust, and with different toppings such as fruit, chocolate, and cookies.

Although it isn’t a traditional dessert of Japan, Japanese bakeries have made their mark on the cheesecake scene, endowing cheesecakes with their own aesthetics, not just appearance-wise, but also in terms of flavor. Unlike the familiar New York-style cheesecake, which is quite dense with a heavy texture and high sugar content, Japanese cheesecakes are more akin to chiffon cakes, with a light and fluffy texture that melts in your mouth. Japanese-style cheesecake is also less sweet than its New York-style counterpart, making it a perfect companion to a cup of coffee or green tea.

You can find these heavenly cheesecakes in practically every café or bakery in Tokyo and all over Japan; each one serving it in their own unique style. Below is a small selection of six cheesecake shops in Tokyo that you must visit if you want to have a taste of this treat.

Morozoff, the Kobe-based confectionary and chocolatier, is a pioneer of cheesecake in Japan and has been selling their popular Denmark Cream Cheese Cake since 1969. Incidentally, they were also the earliest shop in Japan to make the connection between chocolate and romance, as they were the first to market chocolate for Valentine’s Day in 1932, just one year after they opened. Their cheesecake is as classic as their brand, and is reminiscent of the New York-style cheesecake, except the sweetness is toned down for Japanese taste buds. Soft and velvety, Morozoff cheesecake is dense, with a very slight lemony tartness to balance out the rich creaminess. They also make an even richer chocolate cheesecake, with two layers of chocolate; an insanely indulgent treat for chocolate-lovers to sink their teeth into. With hundreds of locations all over Japan, and even with stores in Dubai, Bangkok, Hong Kong, and Taipei, you can't miss it! 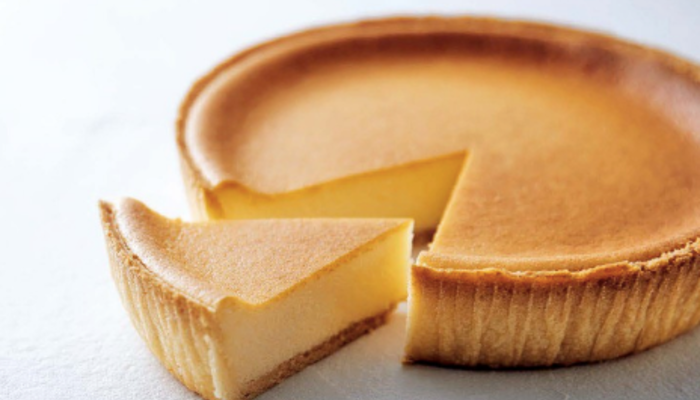 Next on the list are the cheese tarts from PABLO, a store with several locations, such as Akihabara and Shinjuku. Originating in Osaka, PABLO has been expanding ever since, setting up shops as far as Okinawa. They have also taken their stores outside of Japan and now have an international outlet in the Philippines. The very first thing that you will notice when you buy their cheese tarts is their brand logo on top of each and every cheese tart. You can choose to have your cheese tart’s texture cooked to either rare or medium rare. These tarts have a rich cheese center that oozes out once you take a bite, contrasting beautifully with its lovely flaky crust. It’s a perfectly-crafted cheese tart that is worth trying. You can buy it as a gift, or just to treat yourself! 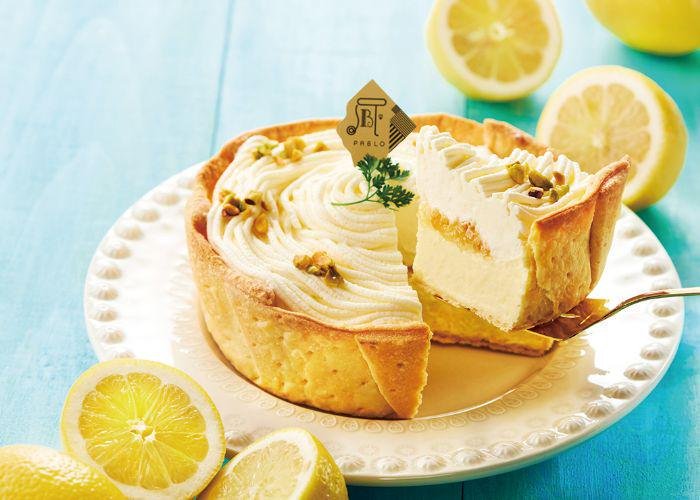 Cheese Garden, with locations in Sumida and Ikebukuro, is another fantastic place to visit if you want to get your hands on authentic Japanese cheesecake. One of their bestsellers is their Goyotei Cheesecake, which is so perfect and smooth that you kind of don’t want to ruin it by slicing into it. It exudes sophistication and refinement, and every bite is a heavenly treat. Cheese Garden's cheesecakes are made using only the finest ingredients available. Originally made in Tochigi Prefecture, their cheesecake has that rich and dense texture, but without being too overpowering. It is creamy and the flavors are bold, yet refined. It’s the perfect snack to indulge in. 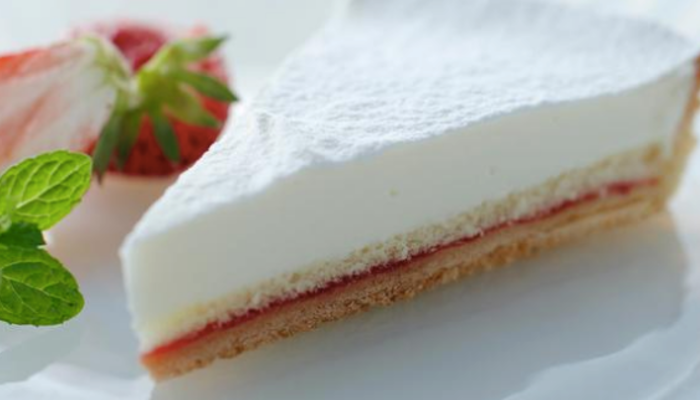 With their uniquely-designed cheesecakes, Tokyo Buono in Marunouchi is another winner when it comes to cheesecake shops in Tokyo. They produce rectangular cheesecake slices which are individually wrapped and very convenient to eat anytime. You can buy a whole box of them and take it with you anywhere. They use a fine combination of quality cream cheese and Camembert cheese to produce their one of a kind cheesecake. It also doesn’t hurt that they incorporate a special cheese imported from Denmark into the mix. Their cheesecake sticks are fluffy and creamy, perfect for an afternoon snack or maybe a midnight treat when you’re craving something a little bit mischevious. You can find these cheesecake slices sold in major train stations and airports. 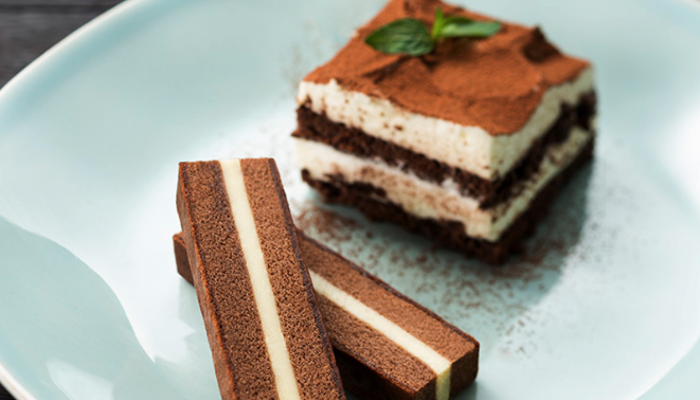 If you can’t seem to choose just one variety of cheesecake, then you must try a cheesecake sampler from, Cinq Cinq, located in Azabu-Juban. The sampler includes ten different varieties of cheesecake in one cake. Their base is a basic cheesecake recipe, made with high-quality Hokkaido dairy, into which different flavors and textures are incorporated. They have slices of chocolate cheesecake featuring Belgian chocolate, as well as flavors like blueberry, apple, yuzu, tomato, strawberry, fig, pumpkin, sakura (cherry blossom), Le Lectier pears, and Dekopon mandarin oranges. It’s the perfect cheesecake for those who like variety in their cake, and it’s also great as a gift or souvenir. Enjoy it with a cup of coffee or just eat it on its own。 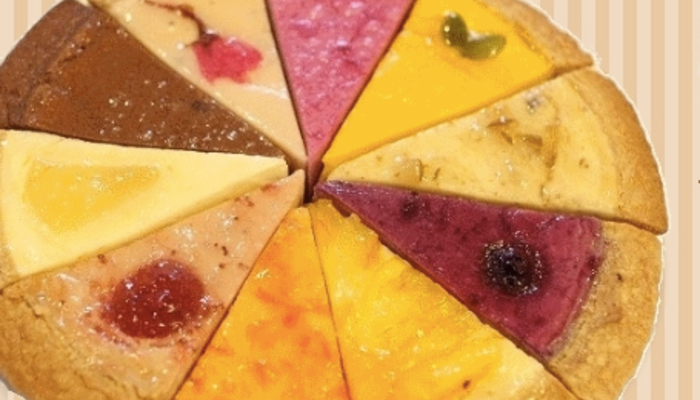 Of all the cheesecake shops in Tokyo, you absolutely must visit Sirotae Cake Shop in Akasaka. Though the shop offers many products such as fluffy cream puffs, breads, and other pastries, their cheesecake is clearly the fan favorite among the bunch. It has a buttery and crumbly crust that is layered with a rich and creamy rare cheesecake. It is topped with slices of pistachios for garnish. The slices are smaller than is usual but don’t let that size fool you, because their cheesecakes are bold and rich in flavor and texture. It pairs perfectly with a cup of hot Ceylon tea.

We strive to be as accurate as possible and keep up with the changing landscape of Japan’s food and travel industries. If you spot any inaccuracies, please send a report.
0
Click clap if you like this post
Catherine Flores
She’s cooking and baking for her family and friends. She finds grocery shopping therapeutic, always takes the longest time in the Asian section and debates with herself whether she needs that extra pack of instant ramen. A lover of sweets, she dreams of owning a patisserie and publishing her book but most of the time, she’s just really thinking of what to eat for breakfast the next day.
SEE ALL POSTS
You may also be interested in
Where to Eat

The Wildest Cheesy Foods in Tokyo