Bib Gourmand: An Affordable Guide to the Best of Tokyo

Tokyo is host to some of the best restaurants in the world. With delicious food around every corner, you never know what you may find in this foodie paradise. You may find yourself surrounded by so many delectable options that you'll want to eat them all, and that can put a strain on your wallet. Don't worry though, the Michelin Guide has a list of restaurants that they refer to as Bib Gourmand, a lesser-known honor that is bestowed upon restaurants that serve up high-quality food at cheap prices. While it is known as the city with the most Michelin starred restaurants in the world, Tokyo is also home to the most Bib Gourmand establishments, where you can get some of the best that the city has to offer. So, give your wallet a break and check out one of these 6 Bib Gourmand restaurants in Tokyo on your next outing!

Currently holding the number one spot on Tablelog, Narikura is a Bib Gourmand restaurant in Tokyo that serves some of the best tonkatsu (deep-fried pork cutlet) in Tokyo. Despite being the priciest option on this list of Bib Gourmand restaurants, Narikura is definitely worth it, as they serve up some of the best pork that Japan has to offer. When you first arrive you'll be greeted by a line of people eager to get some of Narikura's tonkatsu, so it can take up to 2 hours to be seated. While you wait, you'll have the chance to order from either the set menu or, for a bit more, you can have your choice of meat from four different breeds of pigs and your choice of cut. Once you take a seat, your meal will arrive promptly and you can see for yourself how juicy and tender the meat is, cutting it with just your chopsticks. Without the slightest hint of oiliness, the tonkatsu at Narikura is without a doubt the best in Tokyo.

One of the most underappreciated Bib Gourmand restaurants in Tokyo, Gottsu, while not yet on the level as the Michelin starred ramen shops in Tokyo, is definitely a meal you won't forget. Located in the sleepy town of Nerima where Japanese animation was born, and nestled in the backstreets of the city, that's where you'll find Gottsu. While it doesn't receive as much attention as other ramen shops like Nakiryu and Tsuta, Gottsu is well on its way to receiving a Michelin star. The broth used here is made with a combination of flying fish and pork, for a rich and complex flavor. Once you're done scarfing down your ramen, make sure to get some of their homemade cheesecake for dessert. It's much more like the thick, creamy American cheesecake than the fluffy and light Japanese version, and is a perfect way to end your meal at this Bib Gourmand restaurant in Tokyo.

The secondary location of the original famous Hiroshima eatery, Hassho brings Hiroshima-style okonomiyaki to the streets of Tokyo. The difference between Hiroshima and Osaka style okonomiyaki lies in the preparation. The Hiroshima style involves stacking the ingredients instead of mixing them all in. At Hassho, they layer each of the ingredients over one another in a crepe-like fashion that gives the okonomiyaki a different texture than the Osaka version. With many counter seats that allow you to view the making of your meal right in front of you, you'll be in for dinner and a show when you come to Hassho, another Bib Gourmand restaurant in Tokyo. 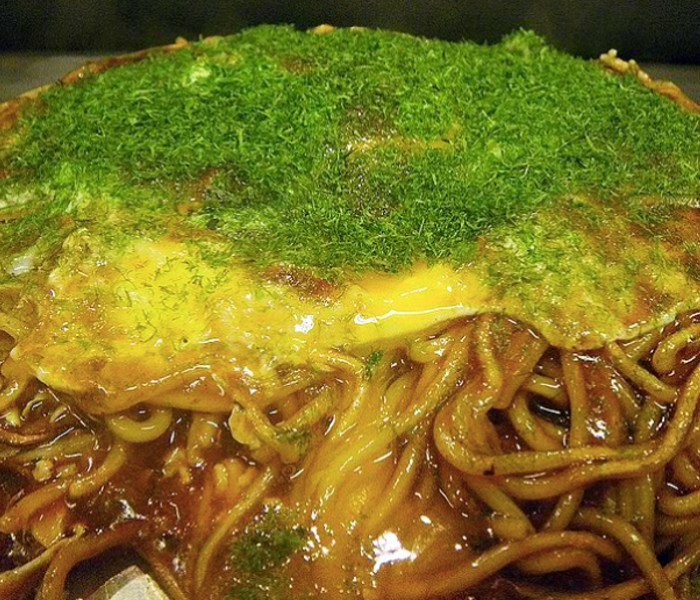 Hidden away under the glitz and glamour of Ginza, you'll find Abe Honten, a treasured Bib Gourmand restaurant in Tokyo with some of the most delicious tempura in the city. Underneath a seemingly random office building is where you'll find this hidden gem. And once you see the traditional decoration that adorns its walls, you'll feel well-rewarded for finding it. If you arrive during lunch you'll be able to get a lunch set for 1000 yen that will leave you stuffed and satisfied. With tempura that seems to evade the oiliness that is typical of fried foods and a variety of sides to pair it with, you'll definitely enjoy the meal you're served at Abe Honten.

When you're out on a night on the town, there's nothing more satisfying than yakitori, and Ogawa is the premier spot to get some. Ogawa can be found in the famous Arakicho district of Shinjuku, which is packed with bars and restaurants that are usually only open to locals. But don't worry because Ogawa is open to all, just make sure to make a reservation. Ogawa was awarded the prestigious Bib Gourmand seal of approval due to its unique course featuring chicken sashimi, which may challenge even the most adventurous of eaters. It is recommended that you choose the course set in which you are treated to a number of appetizers. Paired with some wine, it makes for an amazing and affordable Bib Gourmand meal.

If you want a delicious meal that you can eat on the go, then look no further then Asakusa Yadoroku. Located in the historic city of Asakusa, Yadoroku sits right behind the famous Sensoji Temple and just like the rest of the city, Yadoroku has some history itself. Established 60 years ago, Yadoroku is now on its third generation and is still using the same practices and ingredients that it has used since its inception. Though onigiri may be thought of as only a convenience store snack, at Yadoroku they put so much care into their craft that it is comparable to sushi. So, if you're in Asakusa and looking for a quick bite make sure to go to Yadoroku, home of the Bib Gourmand onigiri! 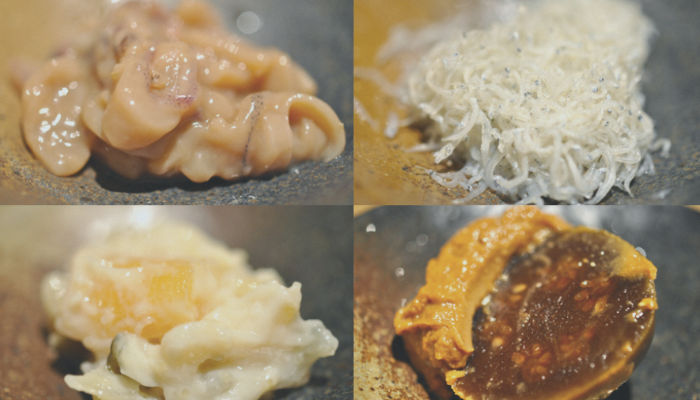