Neatly folded in rice paper wrappers and filled with a delicious mish-mash of meat, vegetables, and seasoning, gyoza are Japanese dumplings, ever-popular and always delicious. Most commonly served pan-fried as yaki-gyoza (juicy inside with a bottom that’s perfectly crispy), gyoza are eaten deep-fried as age-gyoza or boiled in water or a light broth. A cheap but tasty snack, gyoza make for an ideal izakaya appetizer, or accompanying a bowl of piping hot ramen. Succulent gyoza were introduced from China after the Second Sino-Japanese War, adapted from the Chinese dumpling, jiaozi. Easily found in chuka ryori restaurants (selling Japanese-style Chinese cuisine) gyoza have grown into a classic dish in Japan, famously crispy and golden brown. Chewy yet soft, best dipped in vinegar and soy sauce, add a touch of chili and sesame oil for a next level flavor hit.

Consumed in a frenzy by Hamamatsu in Shizuoka and Utsunomiya in Tochigi, these two cities compete for the country’s highest annual gyoza consumption. Both are home to a number of specialty restaurants as well as throughout Japan, selling unconventional gyoza ranging between mushroom or shiso leaf fillings or tandoori chicken flavor, even with cheesy gyoza fondue dishes! Learn how to make ramen and gyoza during a cooking class (vegan options available!) or taste gyoza with a beer during an izakaya bar hopping tour. Extra juicy and conveniently bite-sized, gyoza are more than your average dumpling. 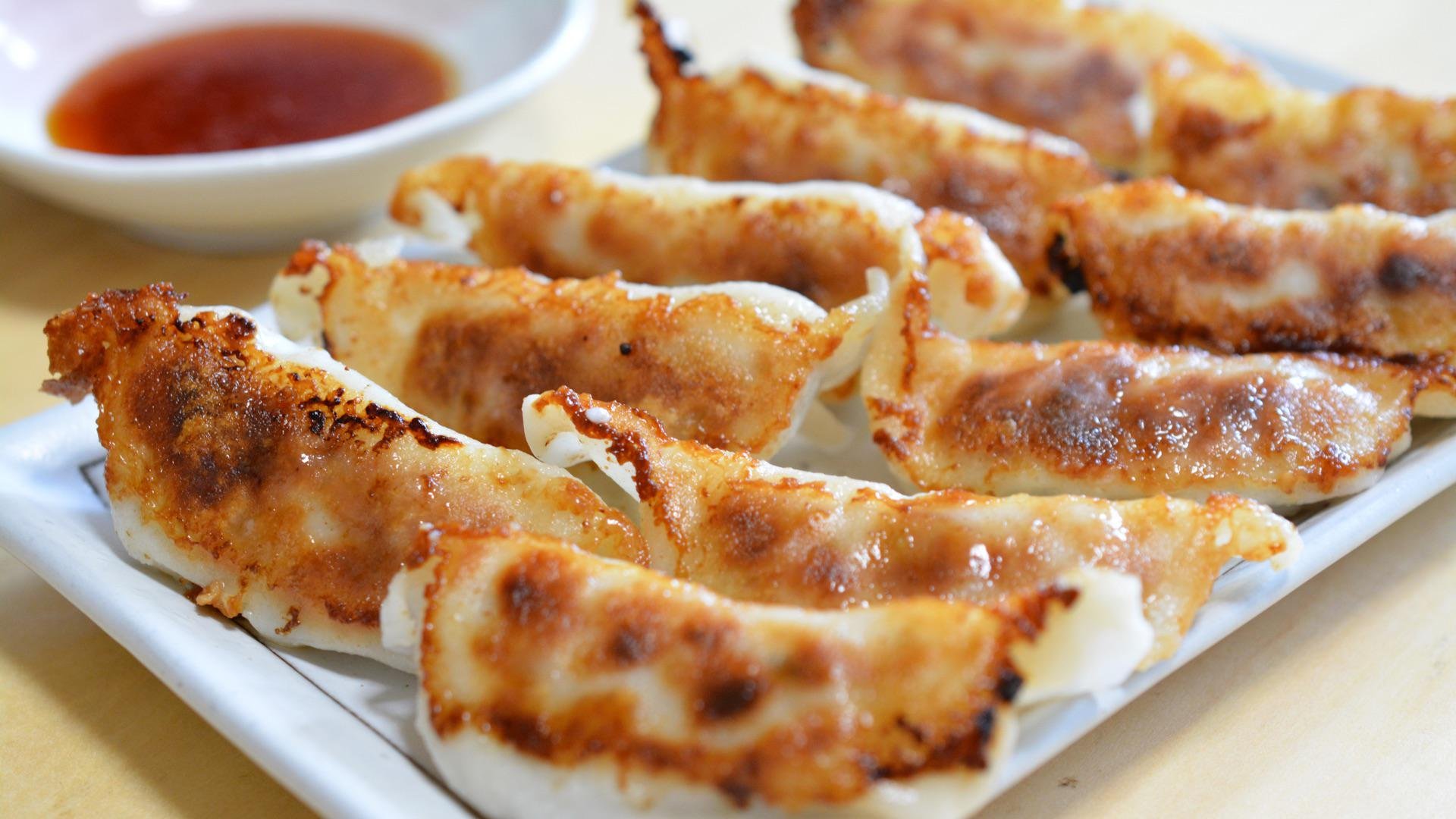 The Ultimate Guide to Gyoza, Japan's Most Popular Dumplings